A terrible storm strikes a village in Phrygia. It is the wrath of Jupiter, who crosses the heavens in his chariot, pouring out his thunder and lightening upon these lands and their wicked inhabitants. Philemon and Baucis, a venerable elderly couple from the village, implore the gods to stop the tempest; their benevolent fervor manages to calm the storm. Just as the sky recovers its warm glow with a wonderful sunset, Jupiter and Mercury appear disguised as pilgrims with the intention of testing the boundless goodness of the prayerful couple. The gods go to the door of the humble hut and ask for shelter.

Jupiter decides to make amends for the pain he caused the couple not long before, when he killed their eldest son and his wife with one of his all-powerful lightening bolts. The bitter sadness that reigns in the hearts of the elderly couple has not managed to remove even an ounce of goodness from their weary souls. The couple open their doors to the mysterious pilgrims and share their few belongings with the pair of disguised gods. The elderly Phrygians give them a meagre dinner and a hard bed while confessing the cause of their profound yearning for death: they only wish to be reunited with their beloved son and his wife, who were struck down by a mysterious beam of light in the forest. Their ashes, kept in two clay urns, are guarded and venerated in the bosom of the home. So extreme is their poverty that they possess only two other items, neither of which they intend to keep for themselves: a duck to sacrifice to Jupiter and a pregnant cow, whose calf will likewise be sacrificed at the altar of the gods.

Jupiter, moved by the couple’s piety, decides to reward them with a gift befitting of his powers and resurrects their dead son, Aretes, and his wife, Narcissa, who suddenly discover themselves alive before the door of the cabin. Bewildered, confusing their new life with the instant in which they died, the younger couple are discovered by their elders, who are left speechless. Once they have recovered from the shock, they tell the young couple of their death and about the urns containing their ashes, but the remains are no longer there. Philemon knows that everything has been the work of the gods, who, softened by the old man’s goodness, have taken pity on him and forgiven his wrongdoing.

Suddenly, a clap of thunder causes a cloud to appear on which Jupiter and Mercury can be seen in their divine form, having shed their pilgrim disguises. The father of the gods wants to reward Philemon and Baucis further by granting them another wish, but the elderly couple’s only wish is that their humble hut may become a worthy temple where they can honor the gods of Olympus. Amidst thunder and lightening, the lowly cabin is at once transformed into a magnificent temple with a golden statue of Jupiter shining in the middle. The clothes of Philemon and Baucis are transformed into priestly robes and other priests and priestesses appear alongside them. To the amazement of the neighboring villagers, Jupiter declares the iniquity of the people of the village forgiven, saved by goodness of their elderly neighbors. Finally, to the strains of a triumphant march accompanied by a choir, Jupiter and Mercury rise solemnly to the heavens. 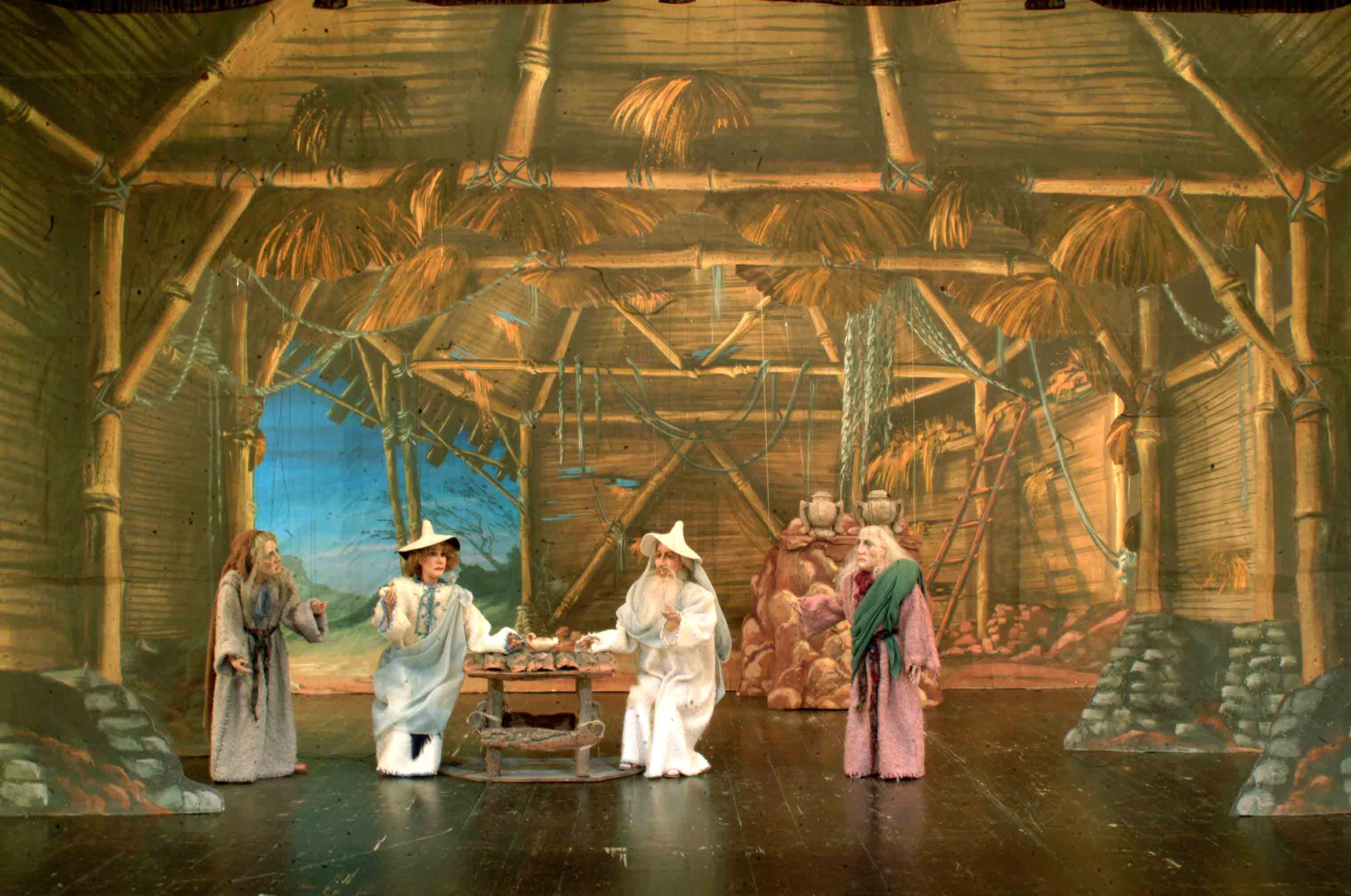 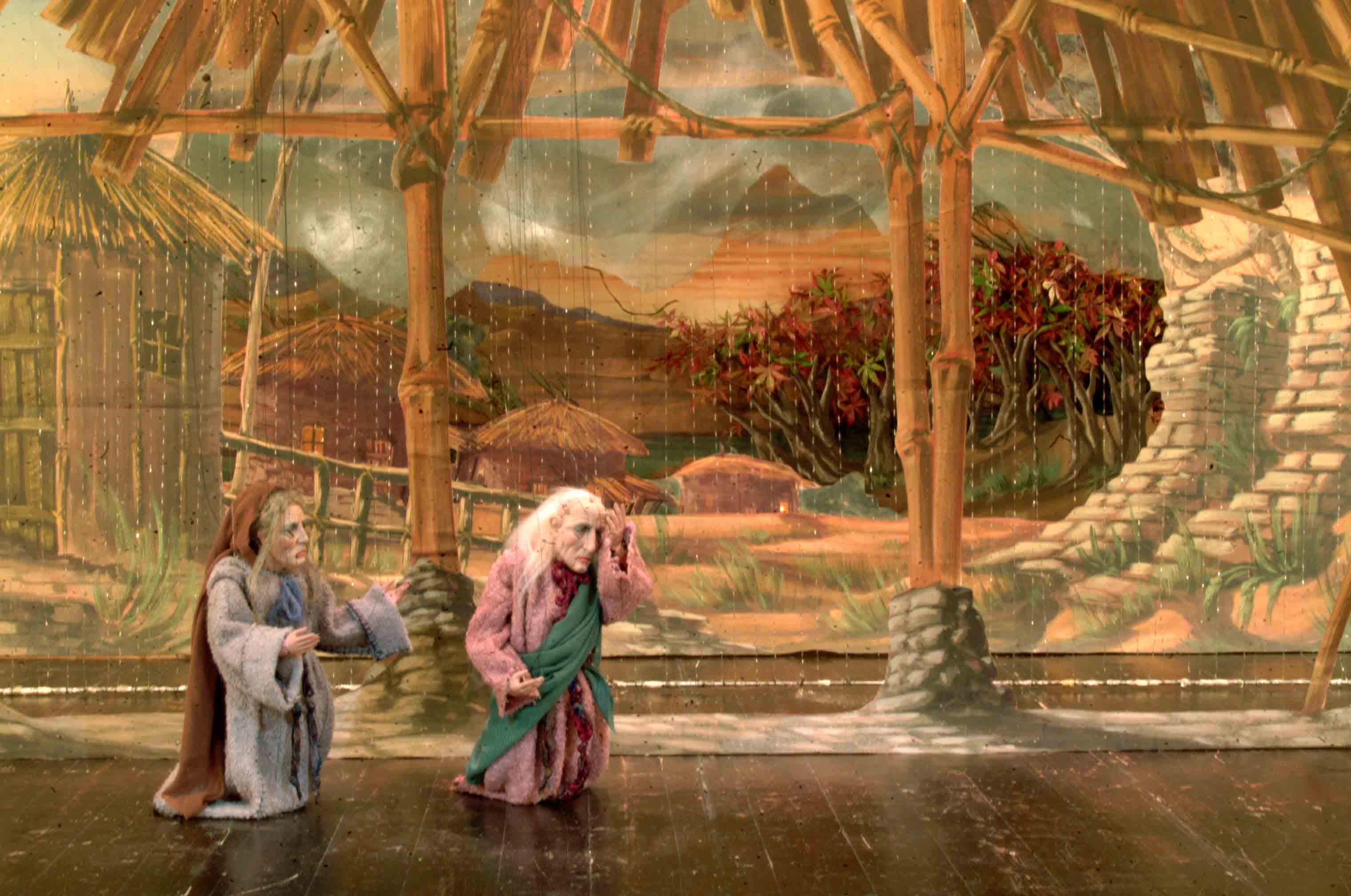 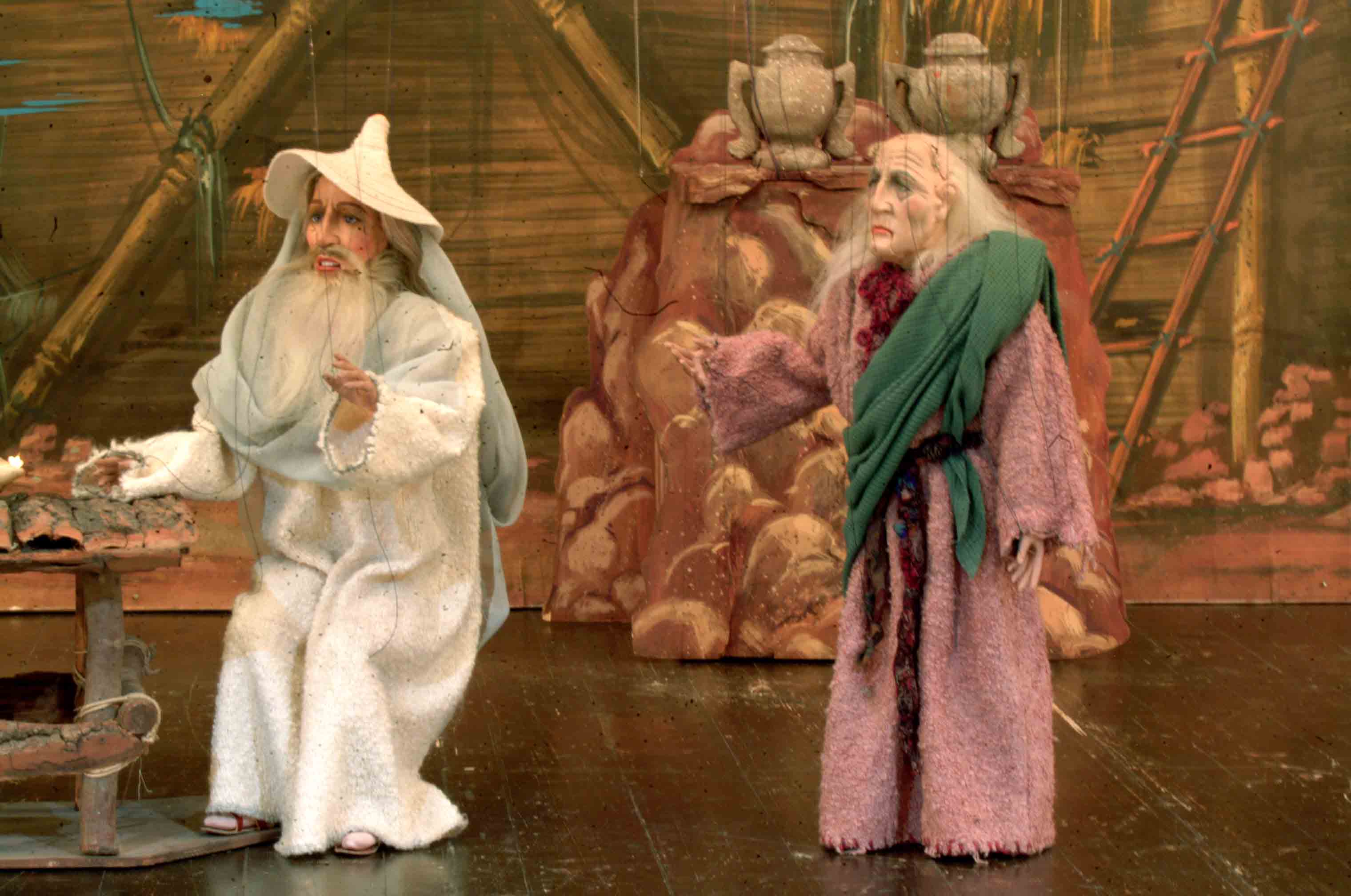