EXCLUSIVE FOR YOUNG PEOPLE UP TO 28

Alban Berg's opera, which premiered in December 1925, tells the true story of the soldier Johann Christian Woyzeck. His dramatic life involving social criticism and psychological and medical aspects inspired Karl Georg Büchner to write in 1836 what is considered the first expressionist tragedy in German, despite it being incomplete and without the sequence of scenes being clear. From these materials, Alban Berg would take fifteen sections and organise a personal drama structured into three acts of five scenes each. Wozzeck is a one-man tragedy with one victim and several executioners, converted into a paradigm of a poor and exploited proletarian class in which material privations are directly related to their moral miseries.
Berg’s drama Wozzeck brings our opera season to a spectacular close with an exceptional artistic line-up which celebrates the arrival to Valencia of this masterpiece of the genre. The cast consists of eleven singers, numerous extras, choirboys, a chorus, a large orchestra in the pit and as many as three different groups of musicians on stage. All of them are needed to perform the fifteen scenes which narrate the process of the leading character’s destruction. The difficult musical and theatrical challenge will be led by the conductor James Gaffigan in the pit and the German stage director Andreas Kriegenburg. The production was first staged in 2008 at the Bavarian State Opera in Munich, and received an outstandingly laudatory reception. Since then, it has been considered a benchmark production of Wozzeck for the 21st Century. Visually impressive and loaded with symbolism, it crudely depicts the authentic reality of man, his poverty, incomprehension and exploitation. The Swedish baritone Peter Mattei makes his debut at Les Arts in the complex role of Wozzeck, which he sings for the second time in his life following his much-praised interpretation at the Metropolitan in New York. His colleagues in the cast are the Dutch soprano Eva-Maria Westbroek, still remembered for her Sieglinde with Plácido Domingo in Les Arts, and the tenor Christopher Ventris, who took on the role of the eponymous hero in the performances of Parsifal conducted by Lorin Maazel in 2008. 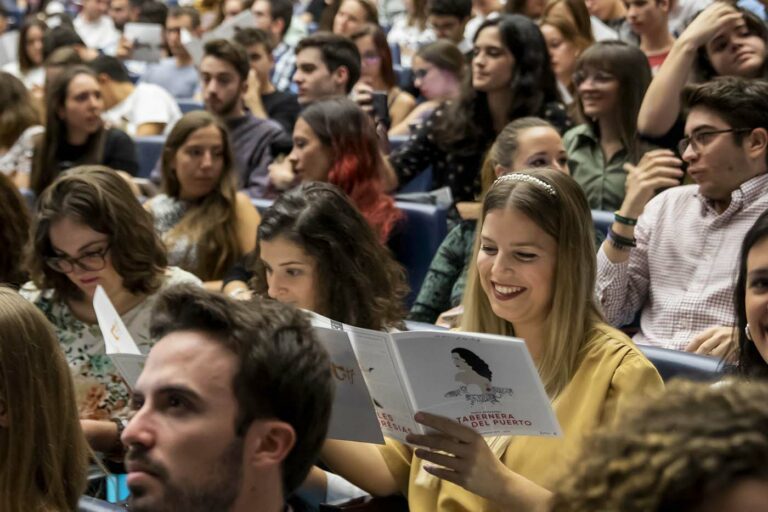 The young, humble soldier Wozzeck is not understood and isolated, victim of an established social order in which the abuse of power and contempt exercised on him by his arrogant captain, the heartless doctor and the crude drum major, together with his poverty and stormy relationship with Marie, have led him to a state of mental and emotional imbalance.

In the morning, Wozzeck is shaving the captain. The captain taunts him for his way of life: he lives with a woman and their child without being married, works too fast and asks uncomfortable questions, which irritate his superior in particular, who considers that the young man thinks too much. In the afternoon, Wozzeck is cutting wood in the country with his colleague Andres. He has a hallucination which makes him hear strange noises and see fire. His friend sings a song to calm him down. When night falls, Marie is taking care of the child at home. She gazes out of the window at the soldiers going by, and looks coquettishly at the military band’s drum major. Wozzeck arrives, exhausted and not in a communicative mood. He tells Marie of his paranoia and leaves immediately, without paying attention to his child.

Wozzeck goes to the doctor, who is looking for professional recognition thanks to the experiment he is carrying out with Wozzeck, who receives a pittance in exchange, consisting of a strange diet based on beans. However, the doctor does not pay attention to the symptoms of mental illness which the solder displays. Meanwhile, Marie is enjoying the caresses of the seductive drum major, who she has received in her home.

Marie looks at herself in the mirror wearing the beautiful earrings which are a present from the drum major. Wozzeck arrives unexpectedly and asks her where the earrings come from. She explains that she had lost them and that they have now finally appeared. Wozzeck leaves after giving her his wages and the extra money he has received for his services to the captain and doctor. Coincidentally, the two meet in the street later. The captain jokes about the doctor’s haste and the latter is irritated and reacts by alarming the officer with a diagnosis, explaining the terrible diseases that will affect him soon. When Wozzeck arrives, he becomes the butt of the jokes of the captain and doctor, who talk about Marie’s infidelity. The young man leaves in sadness. When he arrives home, he questions Marie about it. She avoids answering him. He then raises his hand against her. She faces up to him, warning him that she prefers to be knifed than struck by hand.

In the evening, the soldiers and locals drink and dance in a tavern. Wozzeck gets drunk without losing sight of Marie, who dances with the drum major. His friend Andres tries to talk to him, but Wozzeck once more experiences hallucinations and mentions death. To top it all, a madman who sits next to him claims that everything is in a red haze and smells of blood. At night in the barracks, Wozzeck does not manage to sleep, tormented by terrible images and sounds which pass through his head. The drum major comes into the room drunk. When he sees Wozzeck, he makes fun of him and attacks him brutally until he leaves him bleeding and lying on the floor.

Marie reads passages of the Bible about Mary Magdalene together with her son. She is concerned because she has not heard anything of Wozzeck for days. She asks for forgiveness from the Saviour in her prayers.

It gets dark. Wozzeck walks with Marie along the path in the woods which leads to the lake. The woman is frightened by Wozzeck’s questions and threats. She wants to leave, but he doesn’t allow her to leave and stabs her. After killing her, he seeks refuge in the tavern. There he drinks until he gets drunk. All those present realise that Wozzeck has his hands and sleeves covered with blood. He flees terrified to the lake to recover the weapon and get rid of it. Wozzeck finds the knife next to Marie’s body and throws it into the lake. As he submerges himself into the water to get the knife and throw it further, he drowns. The doctor and captain, who are walking nearby, hear his cries as he dies. However, they decide not to do anything and continue along their path. In the morning, in front of Marie’s house, Wozzeck’s son is playing with other children. One of them tells him that his mother has been found dead.