Duke of Mantua’s Palace, 16th century. The libertine Duke of Mantua is holding a ball in the rooms of his mansion. In front of his courtiers he is boasting about his amorous conquests. The latest one he wishes to possess is a young girl who he sees each Sunday when she leaves church while he pretends to be a student. But a woman who has also piqued the seducer’s interest is the Countess of Ceprano. He elopes with her to a bedroom in the palace before the very eyes of her husband. Rigoletto, a hunchback court jester, mocks the Count of Ceprano and sets off after the Duke. In his absence, Marullo tells the others that Rigoletto has a secret lover. The courtiers, fed up of the mocking jester, plan to capture her that very night in order to teach him a lesson.

The Duke and Rigoletto return to the party. The merrymaking is brought to an end by the arrival of the ancient Count of Monterone and his harsh words about the Duke in public for having seduced his daughter. Monterone is arrested, but before he is taken away he curses the vile seducer and his jester.

Nightfall. Rigoletto is on his way home in a pensive mood, worried by Monterone’s curse when he is accosted by the assassin Sparafucile, who offers him his services. Rigoletto asks where he can find him if he ever needs him, and continues on his way. When he arrives home and eventually sees his daughter, Gilda, all the gloomy thoughts of the neurotic, superstitious jester disappear. She is the only person he has in the world, and is his reason to live. Frightened of anyone hurting her, he keeps her cut off from the outside world, guarded by the nurse, Giovanna.

Rigoletto leaves. The Duke of Mantua sneaks into the garden and throws a pouch of coins to the nurse to buy her silence. Alone with Gilda, the libertine introduces himself as “Gualtier Maldè”, the humble student who has been waiting outside church for her every Sunday. After declaring his love for her, he quickly hides when he hears footsteps approaching. Meanwhile, Gilda is reminiscing about her meeting with the Duke. The courtiers who intend to capture her approach the garden wall believing her to be the jester’s lover. Rigoletto surprises them outside his house and they make him believe they are going to capture the Countess of Ceprano, who just happens to live in front. The jester decides to take part in the prank. So that he does not suspect that it is actually his house they are going to break into, the courtiers blindfold him. Rigoletto holds the ladders so that they can climb into his garden. When he hears Gilda’s screams he runs inside his house. The only thing he finds is her shawl on the floor. Monterone’s curse has started to take its wicked toll.

The Duke is enjoying Gilda’s company in his bedroom while the rest of the courtiers wait outside. Rigoletto enters, feigning normality while really searching for Gilda. When he is prevented from entering the private chamber of the Duke, the hunchback, tells them that the girl they have kidnapped is not his lover, as they thought, but is actually his daughter, and he insults the courtiers. Shortly afterwards, Gilda comes out of the Duke’s bedroom and, alone with her father, tells him everything that has happened. Meanwhile, some guards escort Monterone to the dungeon. When Rigoletto sees him go by, he swears to take vengeance.

Night. Rigoletto leads his daughter to the sinister inn of Sparafucile, on the outskirts of the city, so that she can see the betrayal of the Duke for herself. Through a crack in the wall, Gilda and her father see how the Duke seduces Maddalena, Sparafucile’s sister. The jester orders his daughter to leave and, disguised in man’s clothing, to set off for Verona that very night. Alone, Rigoletto pays Sparafucile earnest money to murder the Duke, promising to pay him the rest when his dead body is brought before him.

There is a strong storm. Gilda returns to the inn. From outside she hears Maddalena telling her brother to kill the first person who comes to the inn, instead of the Duke, since she has fallen in love with him. Gilda, decides to sacrifice herself for love, knocks on the inn door and is stabbed by Sparafucile. Later on, Rigoletto arrives. After paying Sparafucile the other half, he takes the sack with the body. The contented jester makes ready to throw the sack into the river, but when he hears the voice of the Duke singing inside the inn, he desperately opens the sack to find the body of his daughter, who, breathing her final breath asks for forgiveness and dies. Rigoletto, once again recalling Monterone’s curse, faints on top of Gilda’s body. 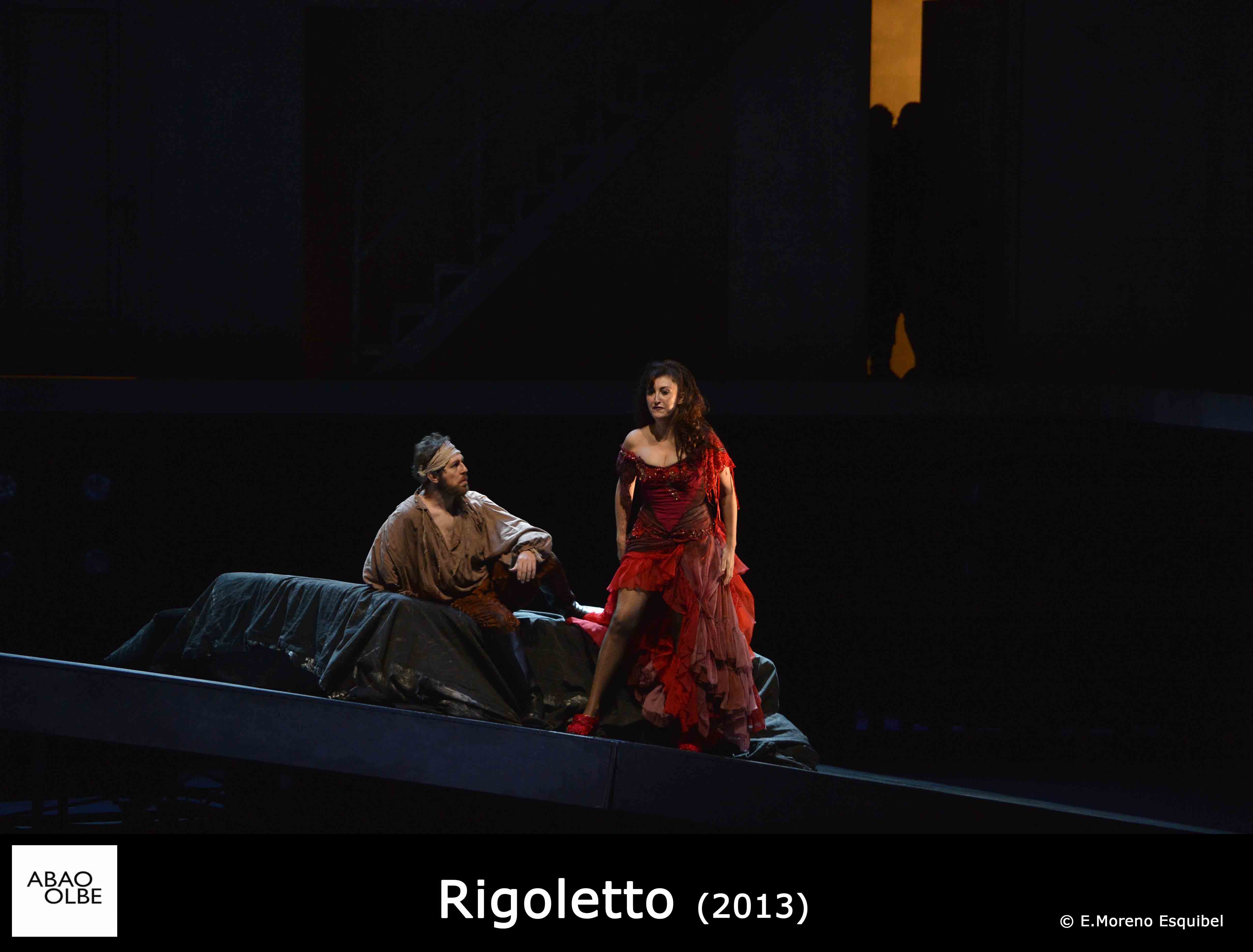 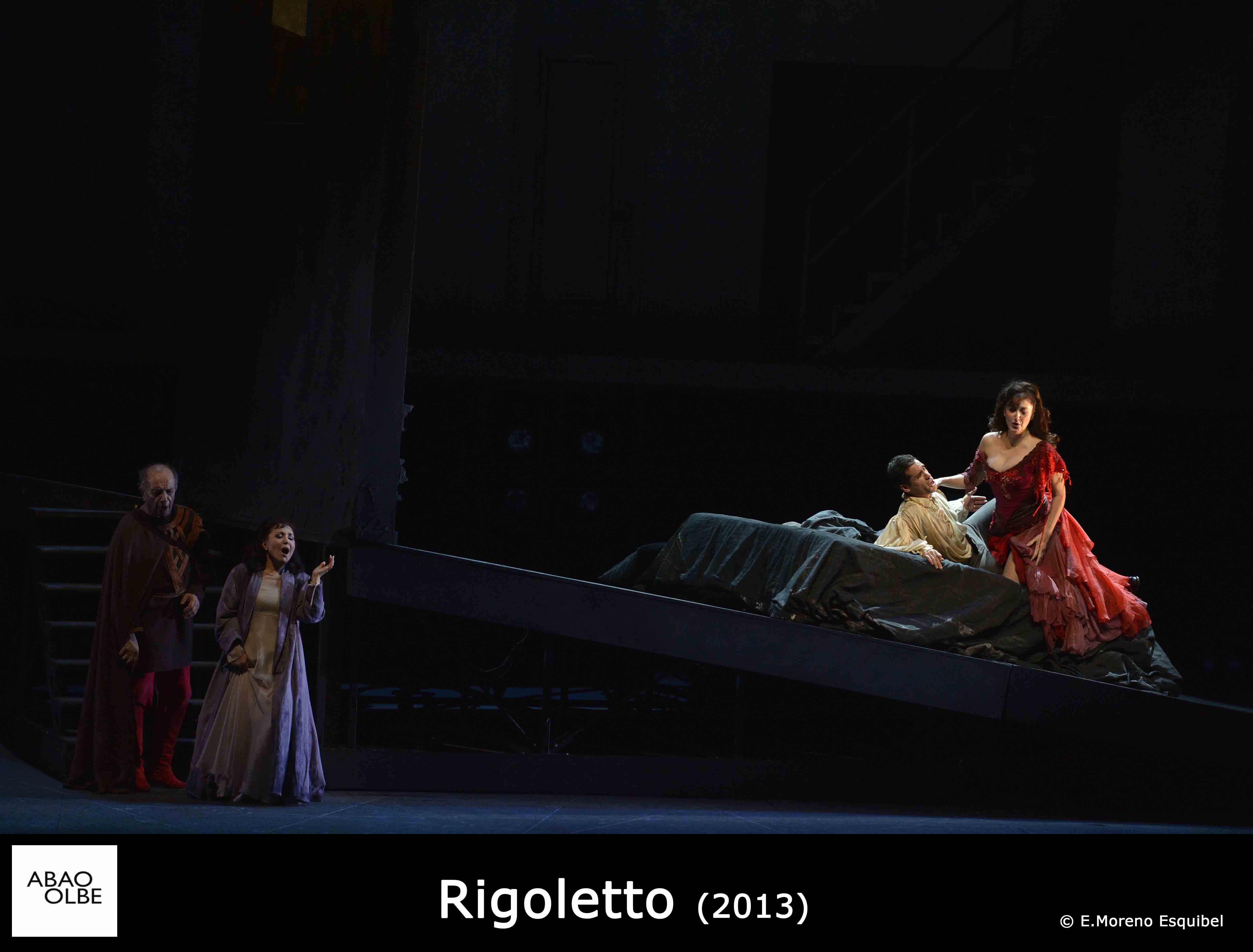 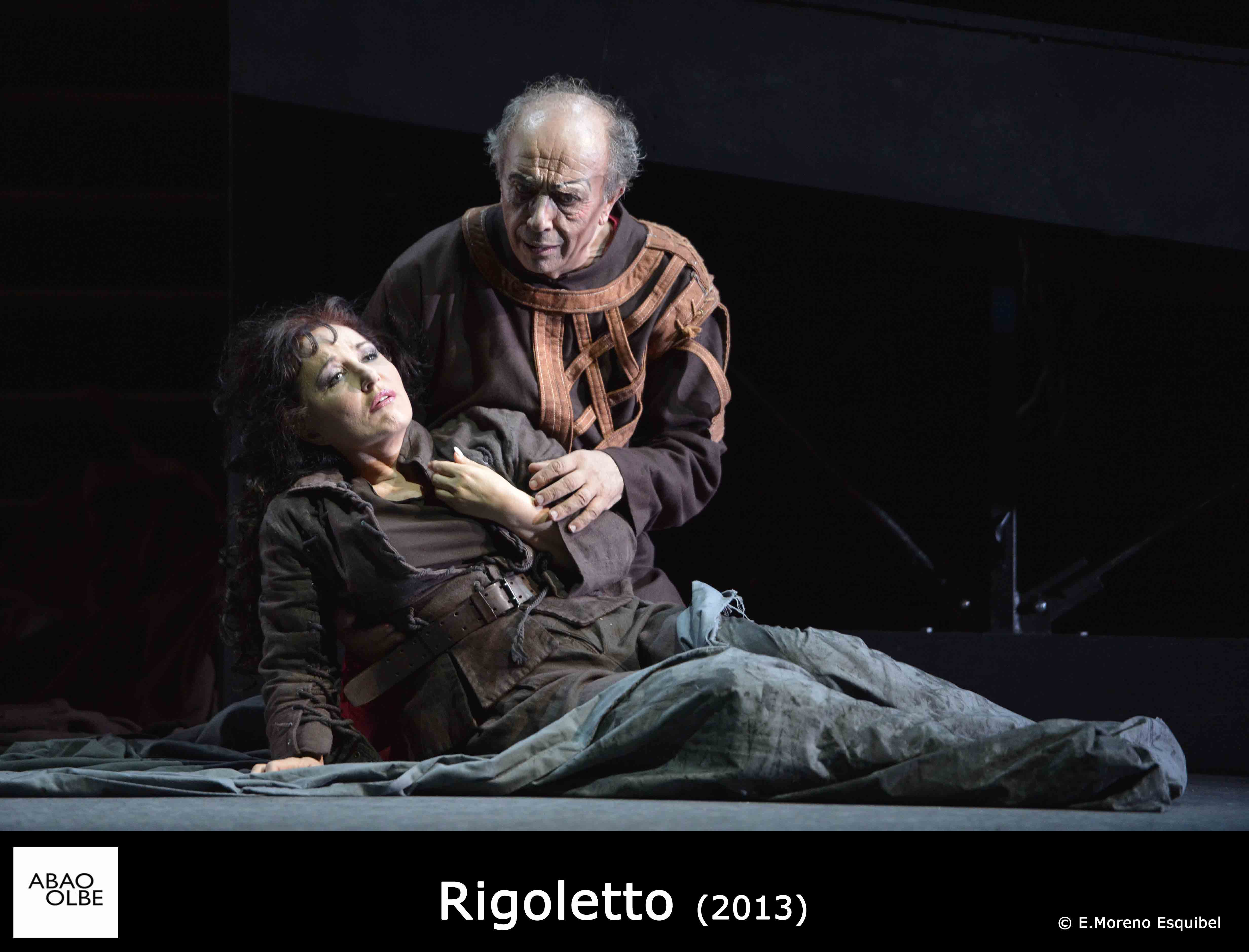 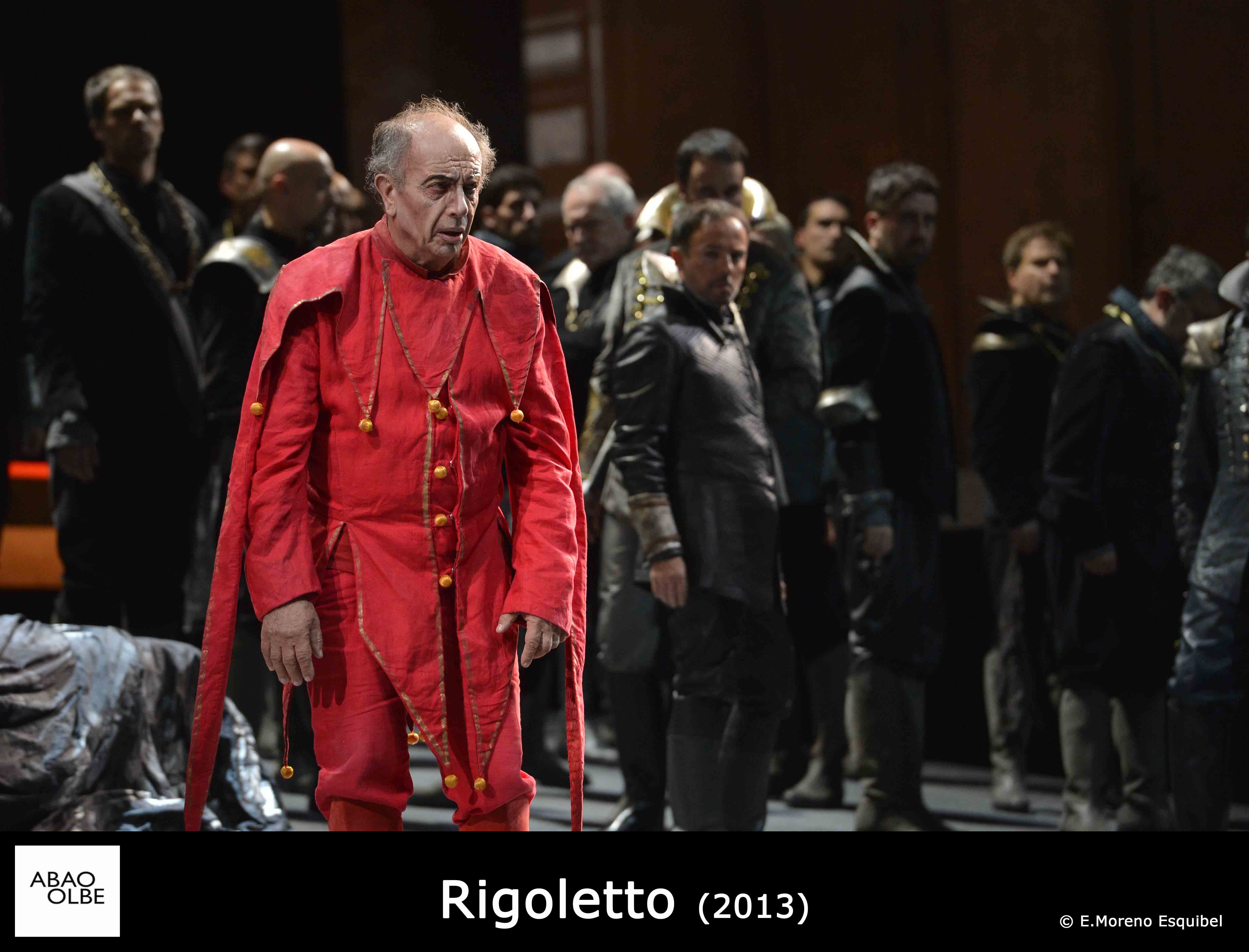 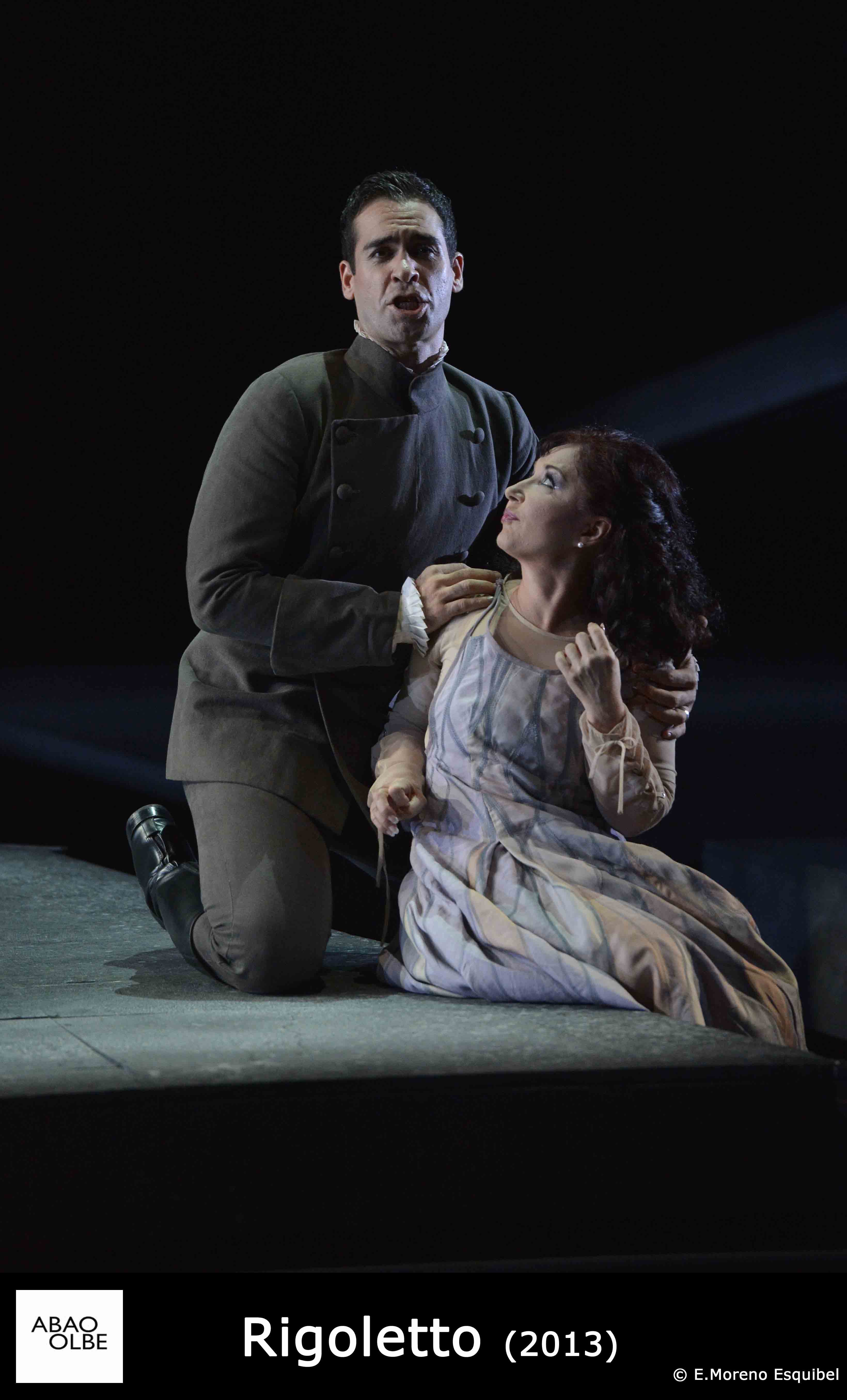 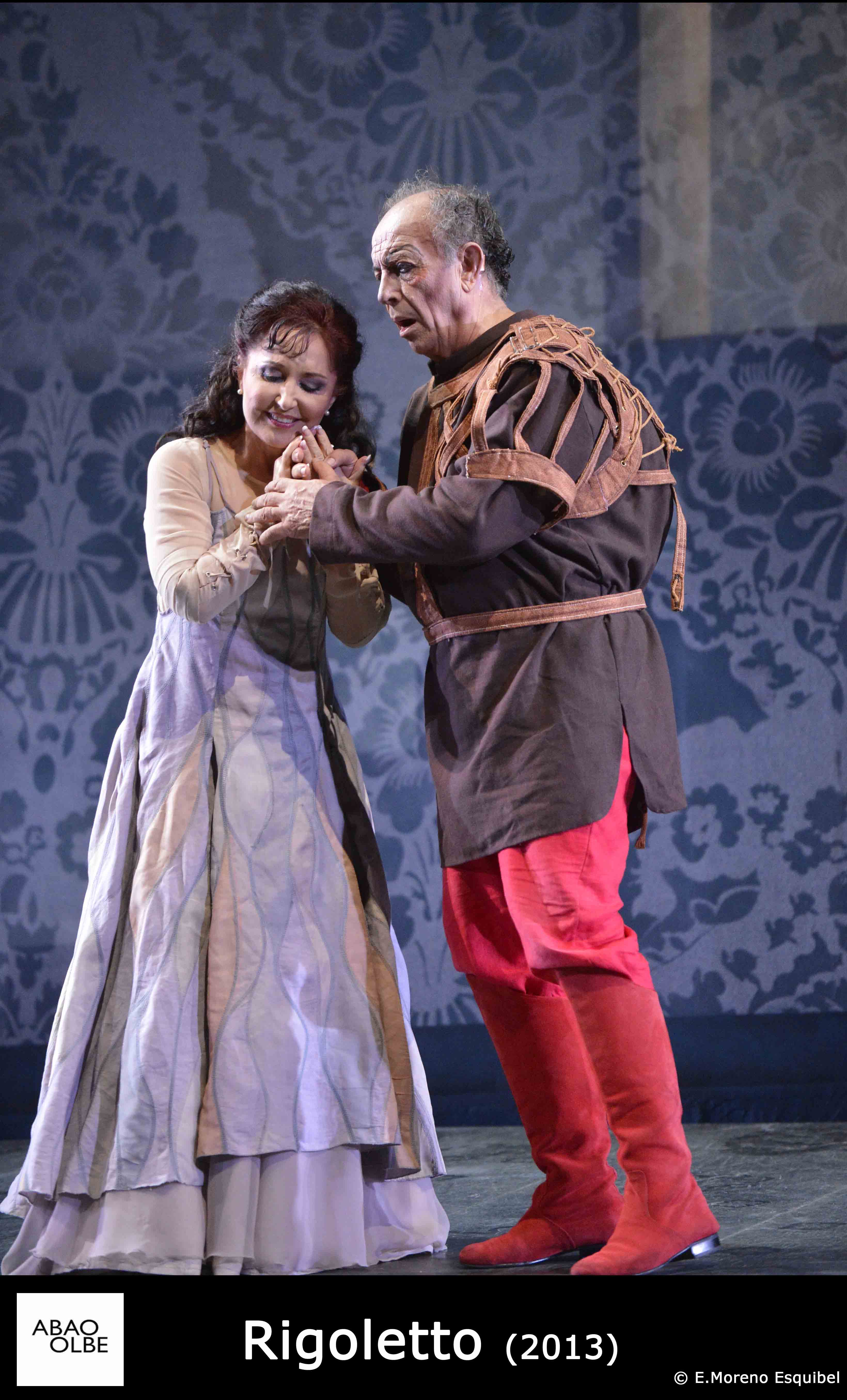 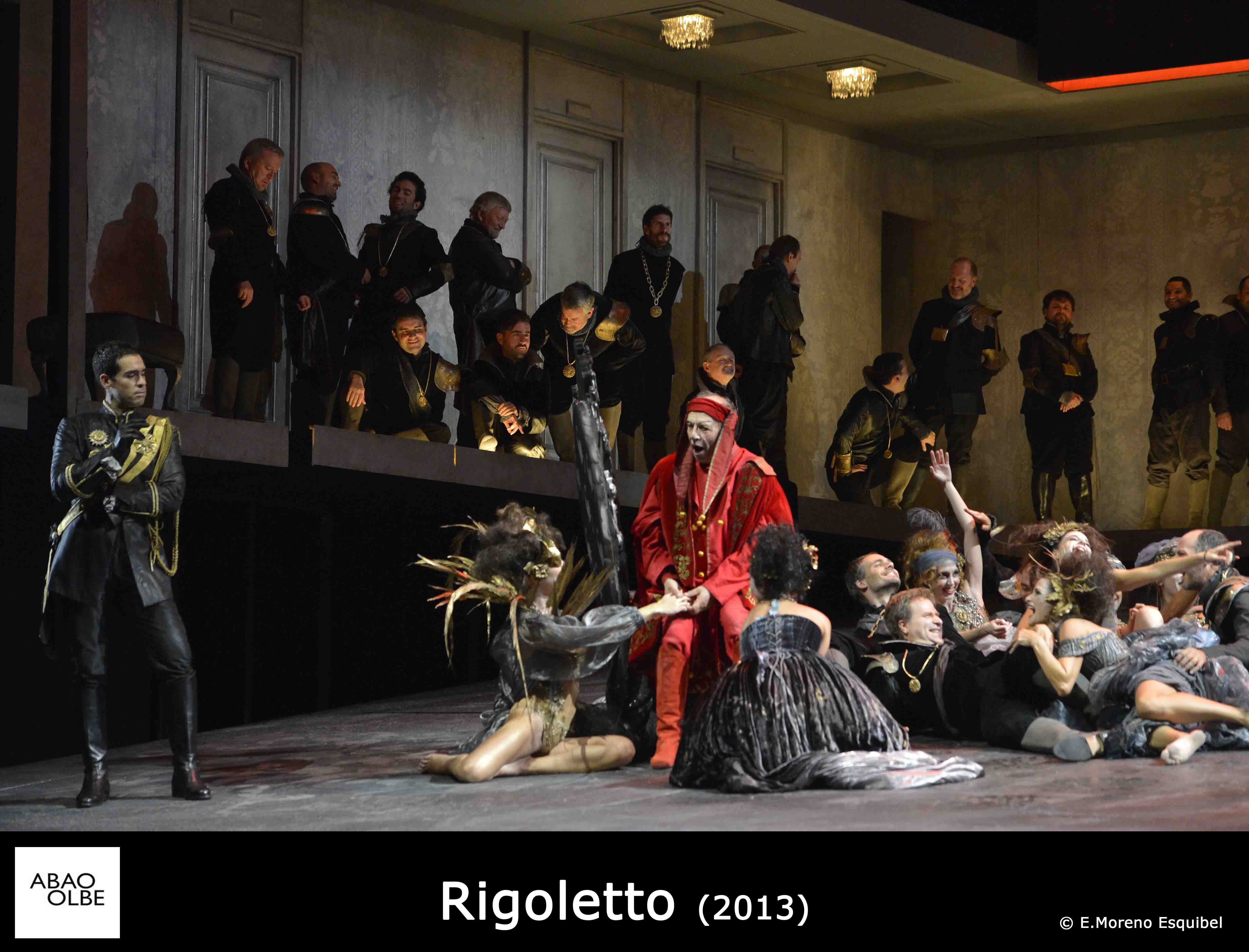 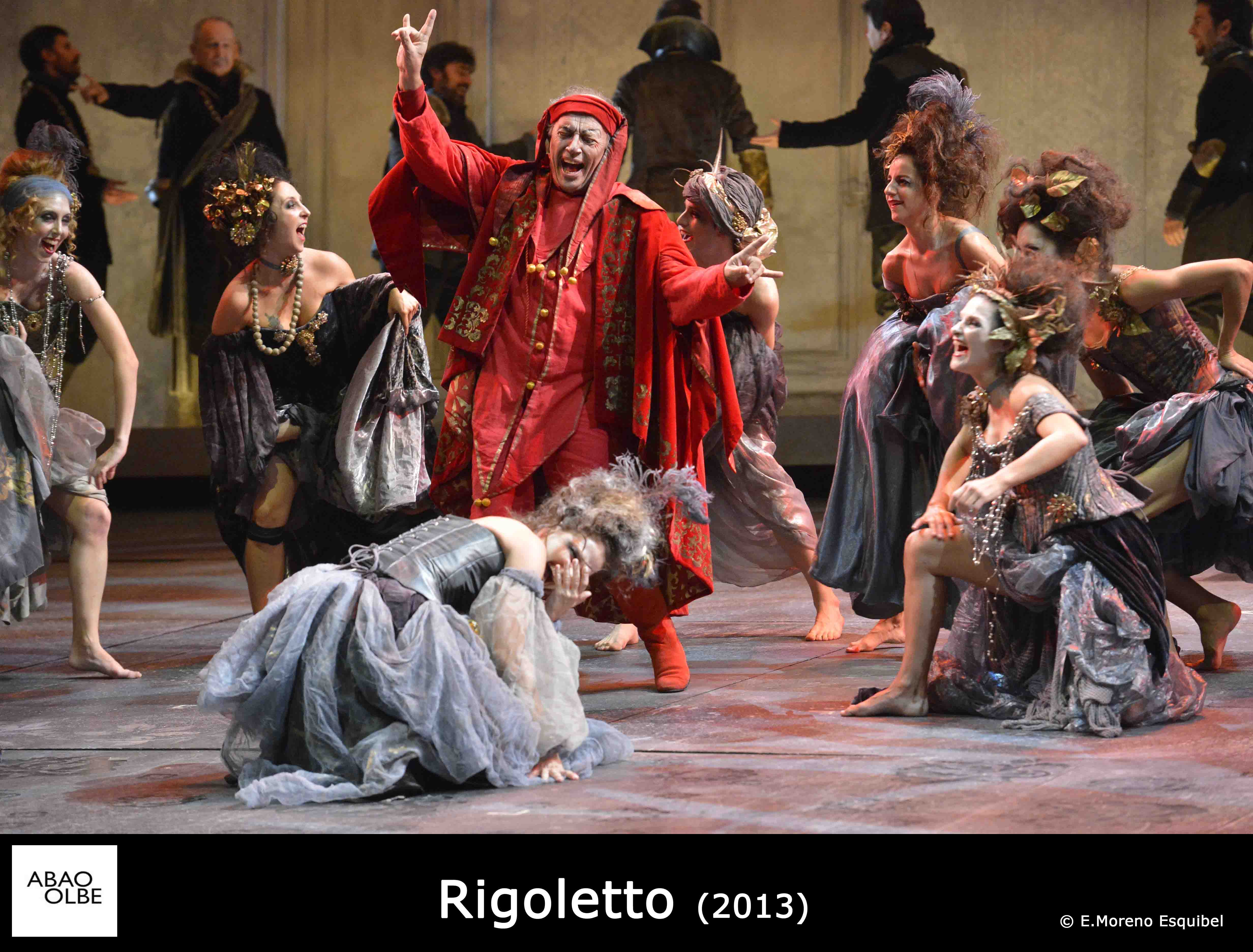