A rough, rocky landscape. Prince Tamino is being pursued by a giant serpent. He faints from fatigue just when three mysterious ladies appear and kill the serpent. They are captivated by the attractive Prince Tamino and argue about which of them is to stay behind to keep watch over him whilst the other two report the event to the owner and lady of those lands, the Queen of the Night. Eventually all three of them leave. When the Prince awakes, Papageno, a good-natured, boastful bird hunter working for the Queen of the Night tells him it was he who killed the beast. The three ladies hear his lie and punish the bird hunter by placing a padlock over his mouth. They then show Tamino a portrait of young Princess Pamina, the Queen of the Night’s daughter. He is instantly spellbound by her beauty. Suddenly, the Queen of the Night appears, who then demands that the brave young Prince should rescue her daughter from Sarastro, the High Priest of Isis and Osiris. The Prince is given a magic flute with the power of changing the heart of whoever hears the melodies it plays. Papageno, who must accompany him on his quest, is given a chime with magic powers.

Sarastro’s Palace. Pamina is lamenting the constant hounding she is suffering from Monostatos, Sarastro’s Moorish slave who is in love with her. Papageno, who has gone before Tamino, enters the Princess’s chamber and tells her that a Prince, who is in love with her, will come to rescue her. Pamina feels fortunate. Papageno tells her that he would also like to have somebody to love. The Princess comforts him telling him that one day he will find his Papagena. But now it is time to flee, before Monostatos returns.

Three child spirits guide Tamino to the three temples ruled by Sarastro (Reason, Nature and Wisdom). A priest comes out to meet them and explains that the Queen of the Night is a bad influence on her daughter, which is why Sarastro has taken her away from her. Tamino begins to play the flute and its notes reach Papageno and Pamina, who are fleeing whilst being pursued by Monostatos. The latter manages to catch up with them with the help of his henchmen. Then, Papageno rings his chime, which drives them away. Eventually they are able to go in search of Tamino, but the temple gates open and Sarastro and his entourage appear. Pamina confesses that she was really fleeing because of the harassment by Monostatos. The latter comes in, proud of bringing Tamino in as prisoner. When Pamina realises that this was the Prince who was coming to rescue her she is overcome with emotion. They embrace each other. Sarastro orders Monostatos to be punished and Tamino and Papageno are taken away to be purified in the temple.

Tamino and Papageno are to undergo the preparatory trials demanded by the priests to take them into the temple. They are forbidden to speak to any woman. The three ladies come to tempt them to flee from Sarastro’s doctrines, but they follow the counsel of the Priests. Meanwhile, in a garden outside the temple, Pamina receives a visit from her mother. Furious, the Queen of the Night demands she kill Sarastro with a dagger she gives her, or she will never see her again. Pamina is horrified. Sarastro comforts her and manages to persuade her to continue on the path to love and not the path to hate and revenge.

Tamino and Papageno go ahead with their vow of silence. A mysterious old lady talks to Papageno, but disappears shortly afterwards. Pamina arrives, drawn by the melody of Tamino’s flute. When she sees that he will not speak to her, she leaves heartbroken. The old lady appears once again to Papageno and this time asks him to marry her. He accepts because he is without love. Suddenly, the old lady turns into the beautiful, young Papagena. However, Papageno is not ready for her yet, and a priest takes her away from him.

Pamina, believing that Tamino does not love her, is about to take her own life with the dagger her mother gave her. The three child spirits stop her and take her to Tamino, who is ready to face the trials of fire and water imposed on him by the priests. Together, and with the help of the magic flute, they manage to successfully accomplish the trials. Papageno, desperate because of the disappearance of Papagena wants to hang himself. Once again the three child spirits intervene to avoid the fatal outcome. They also encourage the bird hunter to ring his chime. This he does, and immediately recovers Papagena.

Meanwhile, the Queen of the Night, now joined by Monostatos, is scheming a final plot to destroy Sarastro and his priests. But they are discovered in time and condemned to eternal darkness. All of them celebrate the triumph of love and wisdom. 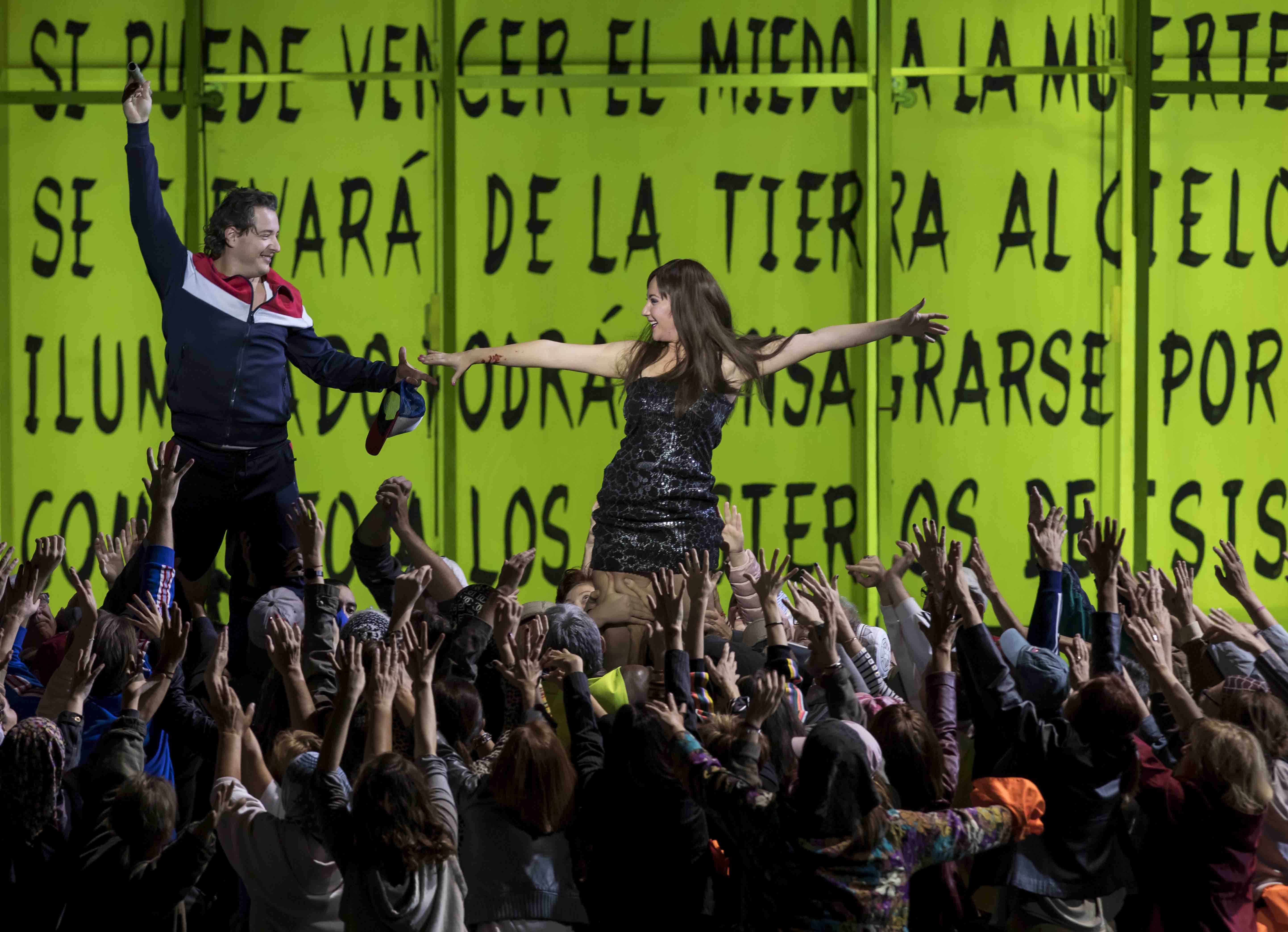 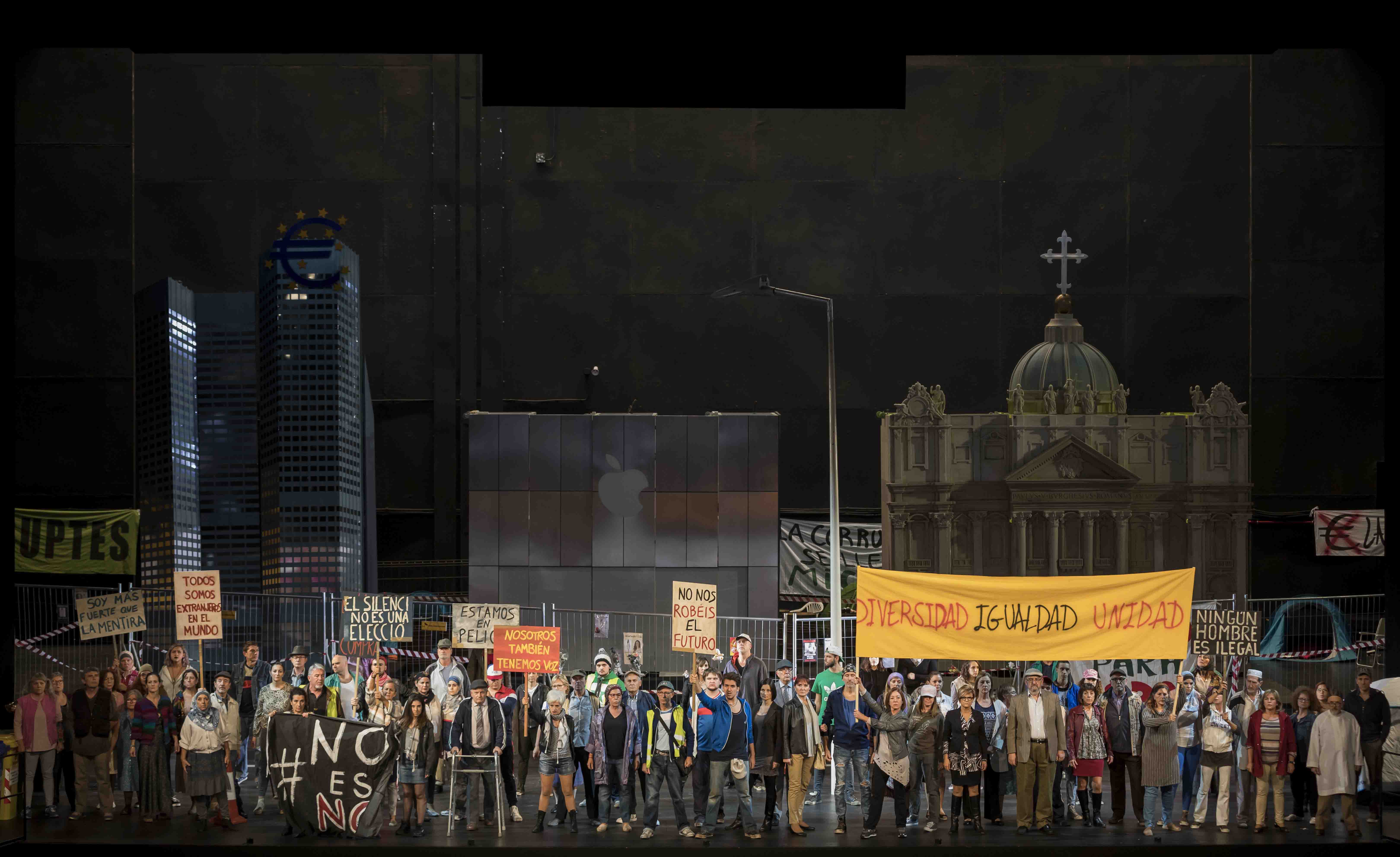 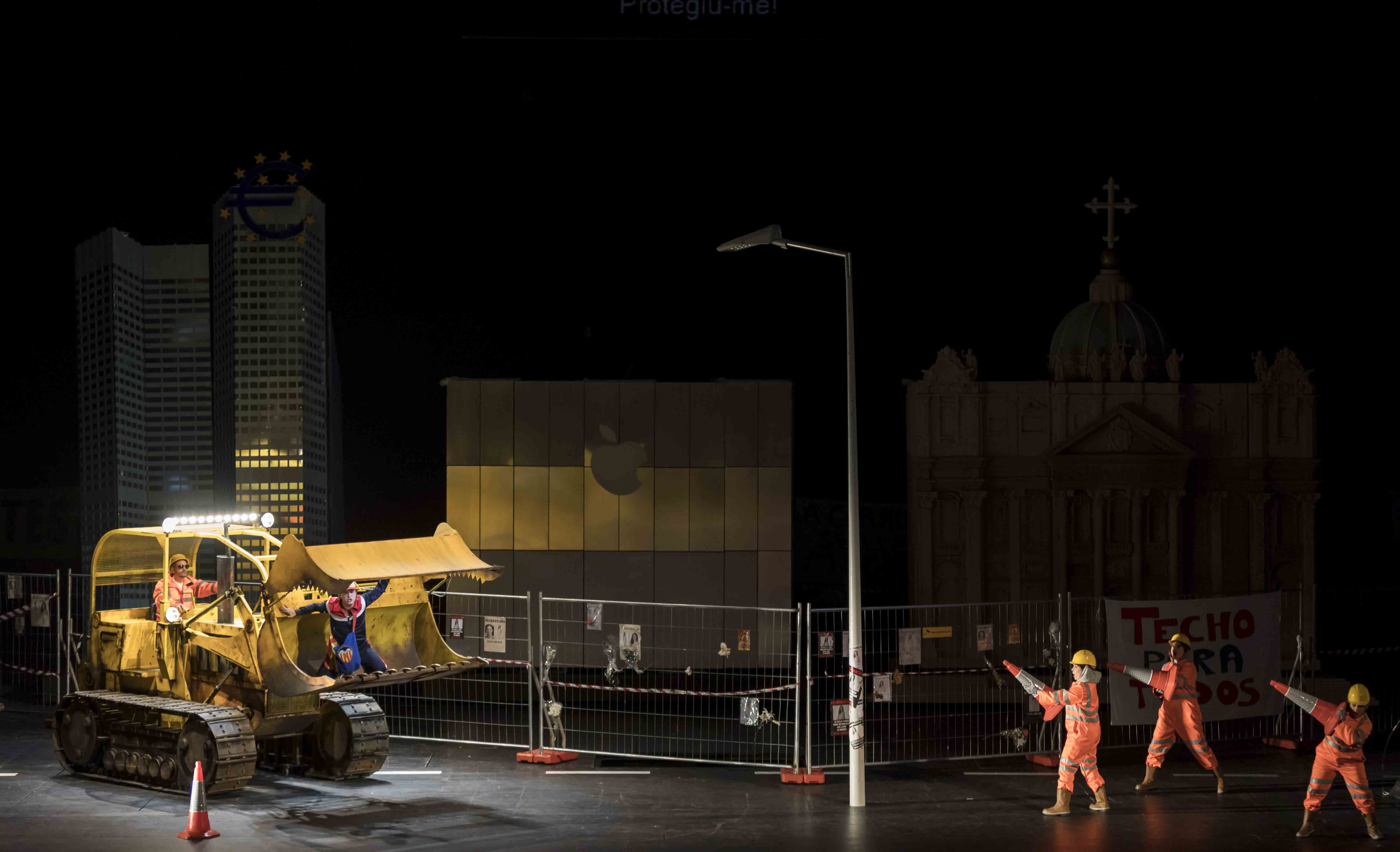 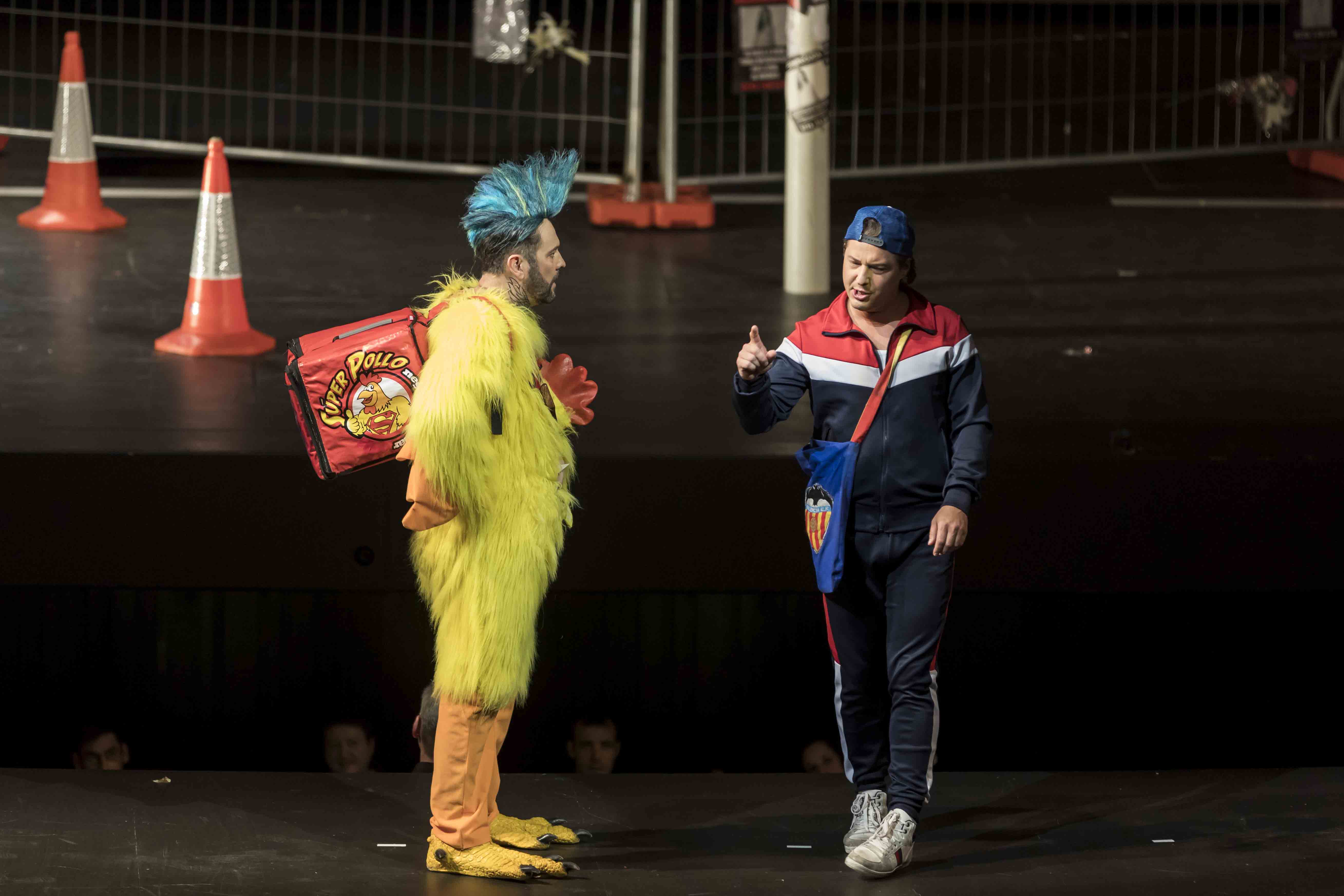 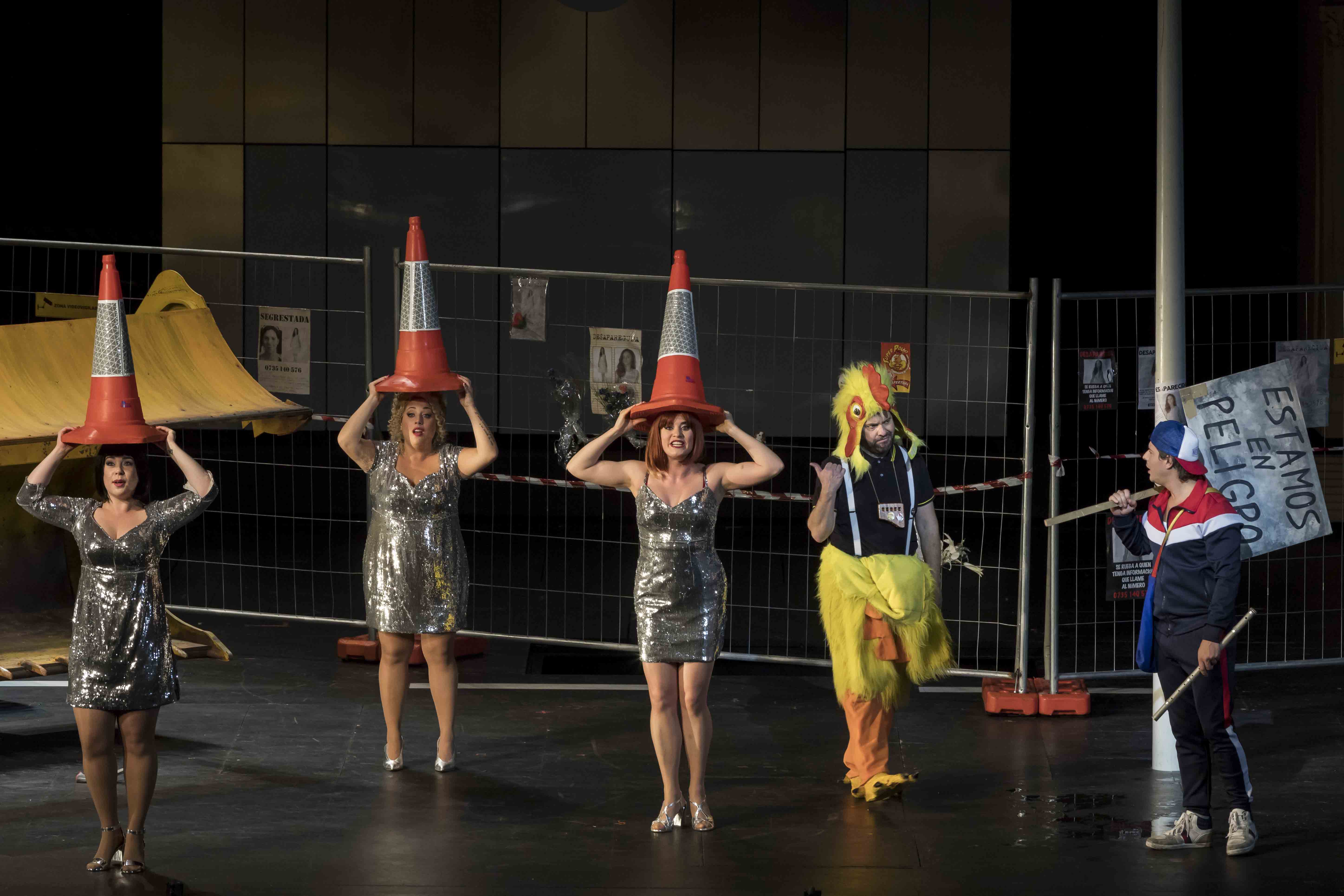 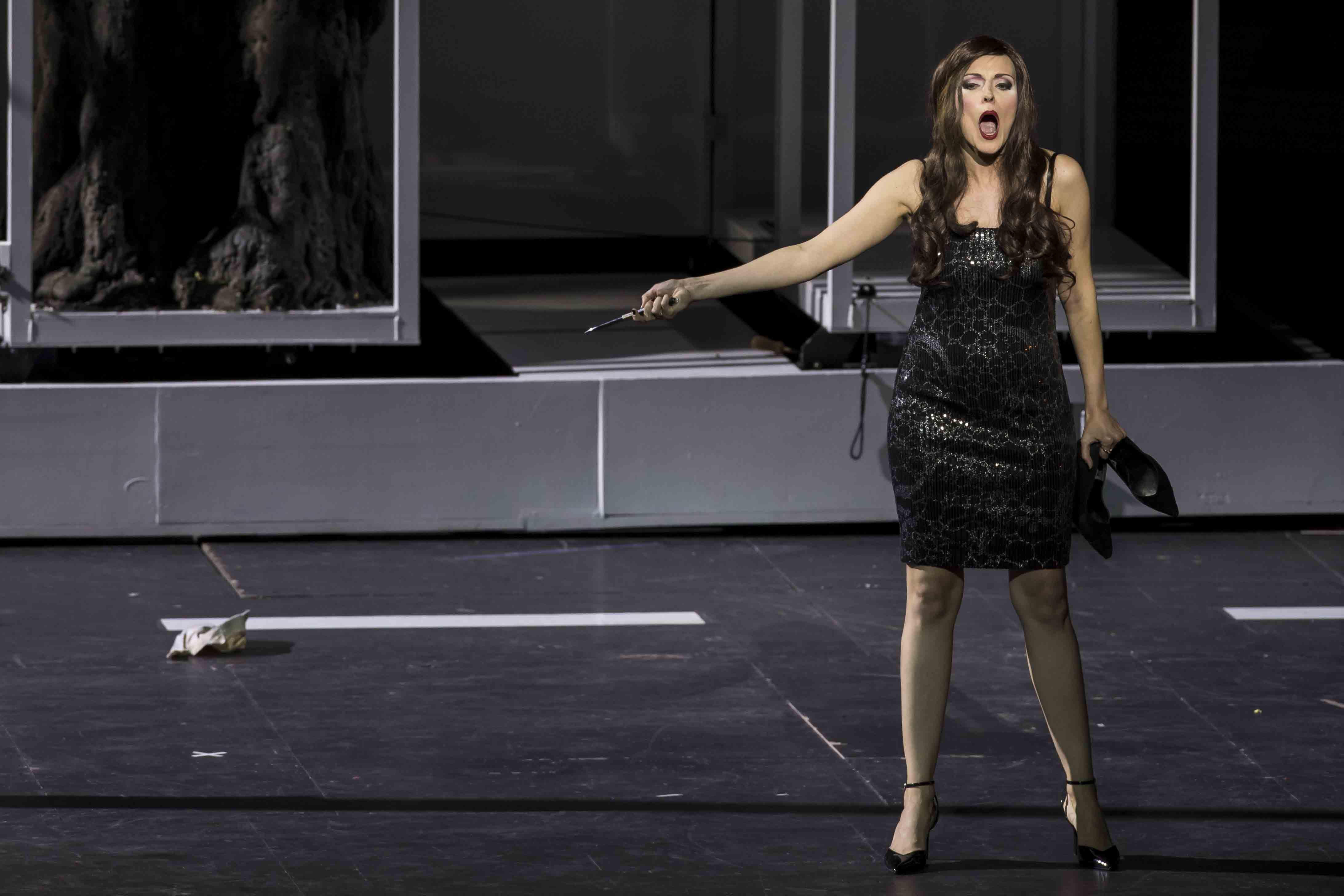 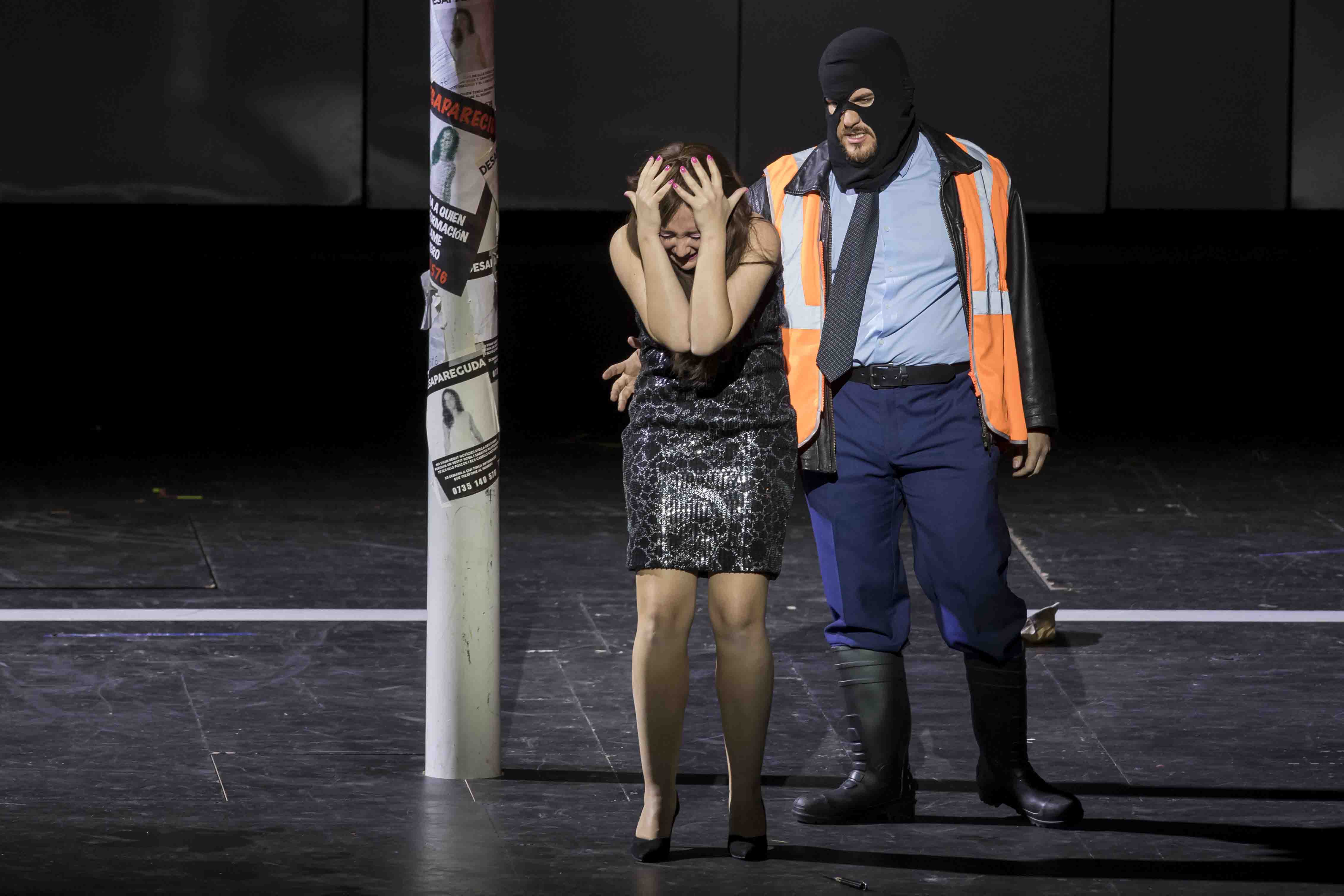 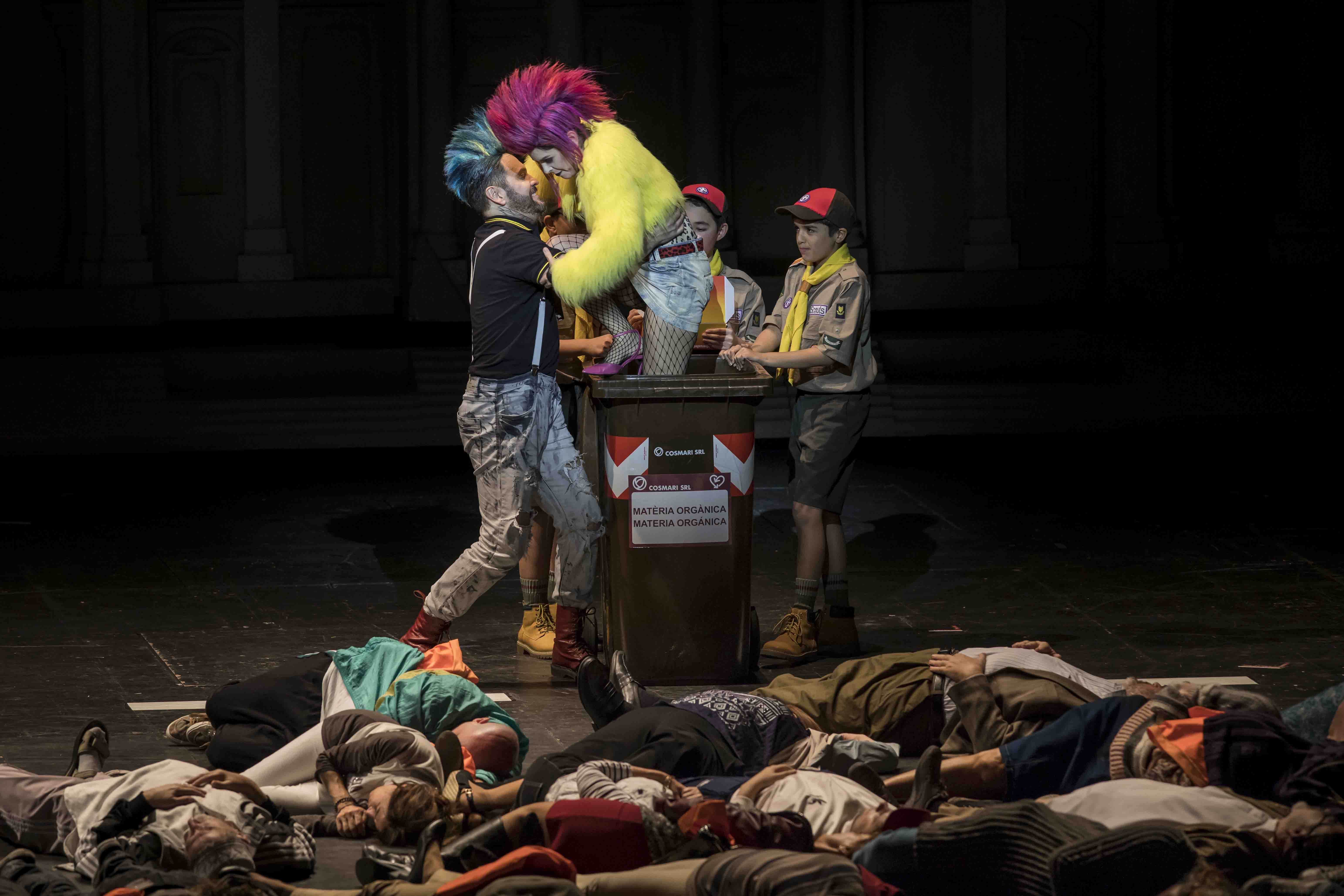 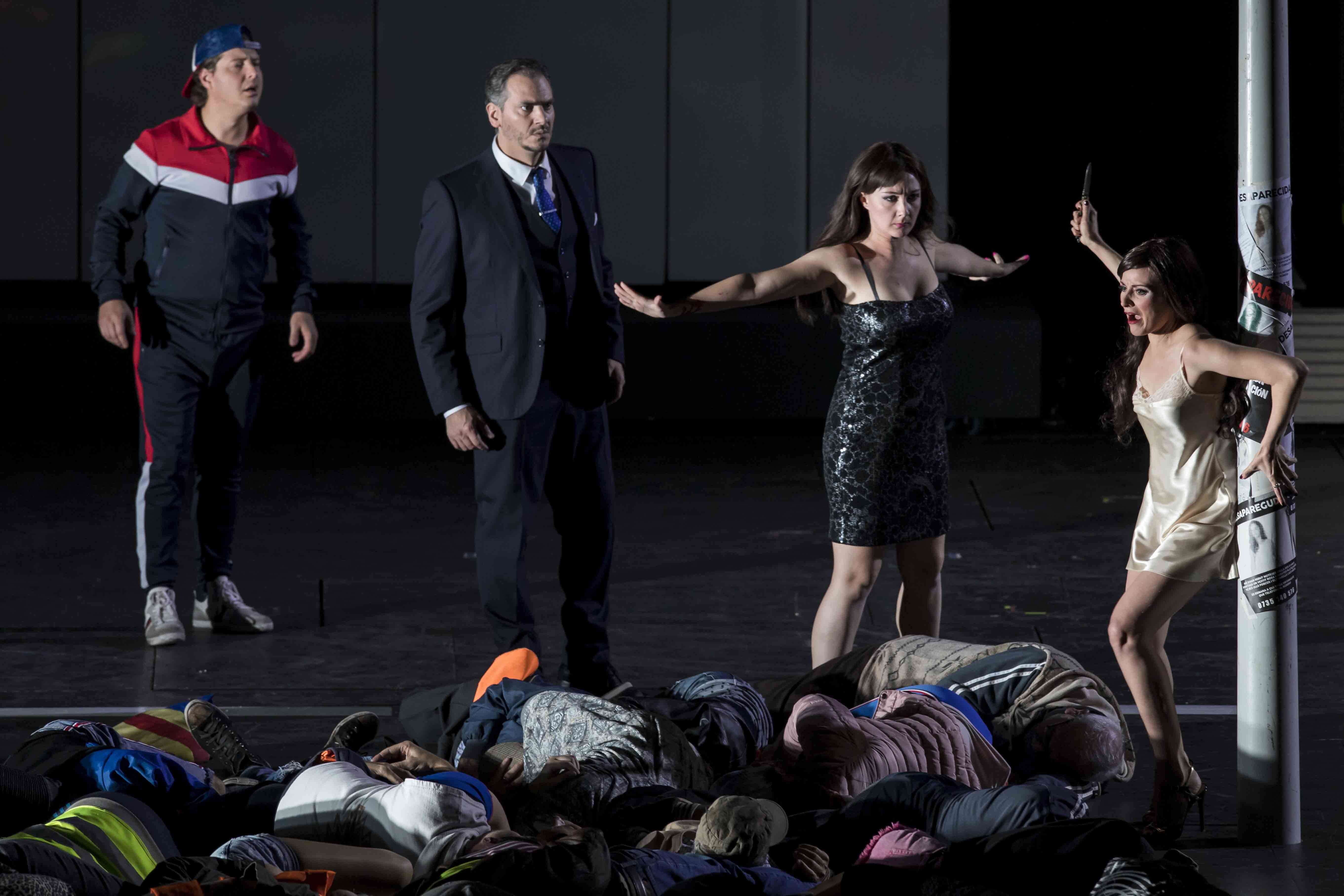