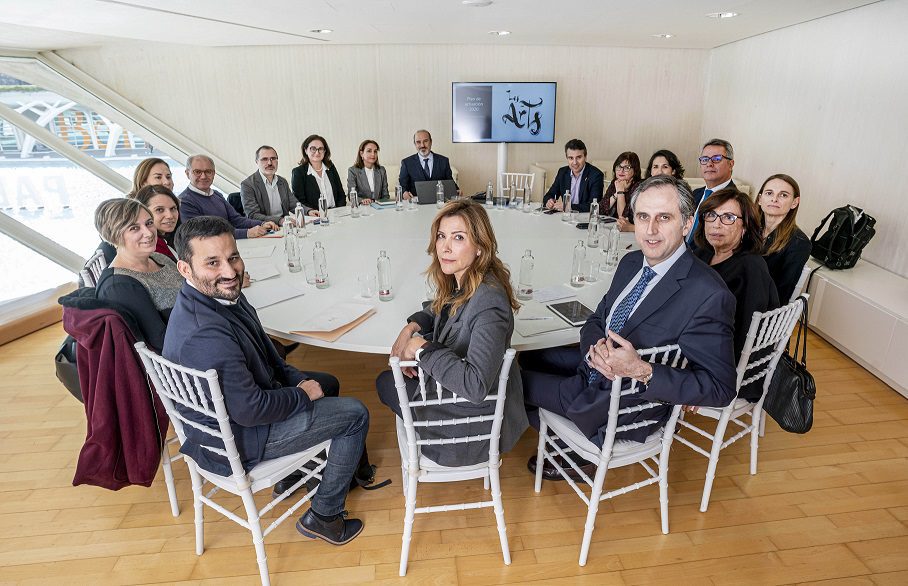 The Board of Trustees of Les Arts today approved the appointment of new members from civil society and appointed Pablo Font de Mora as its president. A lawyer by profession, with a profound knowledge of Les Arts, a lover of classical music and opera, president of Amics de l’Òpera i de les Arts de la Comunitat Valenciana and a member of the Board of Trustees of Les Arts since 2018, he has worked alongside the outgoing president, Susana Lloret, and played a key role in bringing Les Arts into closer contact with society.

Diego Lorente, managing director of AVE, member of the EDEM board of governors and regional director of the Family Business Institute, joins the team of the Foundation’s Board of Trustees. Lorente replaces José Alejandro Remohí, co-president of the Valencian Infertility Institute (IVI).

CEO of the PAVASAL group and member of various Valencian foundations in the economic sphere, Mónica Quesada is another of the prominent local figures to join the Board.

Felisa Alcántara, a public prosecutor specialising in civil law, also joins the organisation as a trustee.

Susana Lloret steps down as president of the board for personal reasons but will maintain her close ties with Les Arts as an honorary trustee. Also joining as honorary trustees: Trinidad Roig, one of the heads of the Roig Alfonso Foundation, which aims to improve the quality of life of people with disabilities and their families; and Vicente Ruiz, vice-chair of culture at the University of Valencia and founder and head of corporate relations of RNB Cosmetics.

This means that, together with the president of the Generalitat, Ximo Puig, three more people have joined the organisational structure of the institution as honorary trustees. They have been appointed for their special contribution to the Fundació de les Arts and will be led by Susana Lloret on behalf of civil society.

Susana Lloret has been president and member of the Board of Trustees of Les Arts since May 2018. She is a prominent figure in the promotion of art in Valencia through the Fundació Per Amor a l’Art and the Bombas Gens art centre.

The former director of the Príncipe Felipe Research Centre, Isabel Muñoz, and the CEO of Dulcesol, Rafael Juan, remain on the Board and have been trustees since May 2018.