The courtyard of the royal palace of Mycenae. The servants comment on the strange and sullen conduct of Agamemnon’s daughter, Electra, who has left the family home after her father’s death to assuage her pain away from everyone, rejecting human contact. When she is alone, Electra determines that her life’s purpose now is to avenge her father, who was killed by his wife Clytemnestra and her lover Aegisthus upon his return from the Trojan War. For this, she counts on the help of her brother Orestes, who remains missing and for whom she waits for help in fulfilling her vengeful desires.

Chrysothemis, Electra’s younger sister, appears and tries to warn Electra about her mother’s and Aegisthus’s plan to lock her up to avoid her accusations. Resigned to the fact of her father’s death, Chrysothemis only wishes to be able to lead a normal life, marry a man, and have children. She implores Electra to give up her vengeful attitude and, after warning Electra once more about their mother, she returns to the palace. There she finds Clytemnestra, disturbed and tormented by a recurrent dream.

Pale and bejeweled, Clytemnestra makes her appearance. The Queen looks suspiciously at Electra, but insists on being alone with her and telling her of her nightmares, which threaten her very existence. Electra advises her to make a human sacrifice to end her torment, describing with delight that this sacrifice must be the death of Clytemnestra herself at the hands of Orestes. The terrified woman becomes paralyzed with panic, but changes her attitude when her trusted servant appears and whispers something in her ear. She then orders that the palace be lit up and leaves the courtyard with a triumphant gesture.

A piercing scream takes Electra out of her reverie; it is Chrysothemis announcing the death of Orestes, who has been trampled by his own horses. Electra goes from her initial despair to deciding that both sisters must avenge Agamemnon’s death, and tries in vain to convince her sister to join her. In the end, she is left dejected and alone.

A young man appears in the courtyard and expresses his desire to see the Queen. Electra receives him with distrust, but then he confesses that Orestes is alive. He then reveals himself to be her brother, come to avenge their father. She urges him to fulfill his duty and shortly thereafter she hears the cry announcing the death of Clytemnestra at his hands.

The courtyard is dark and silent. Aegisthus arrives and is surprised by Electra’s conciliatory attitude, as she lights his way and urges him to enter the palace so that he can celebrate the death of Orestes. After crossing the threshold, his cries for help are heard while he is killed.

Chrysothemis arrives in a joyful mood; her brother is alive and the murderers are dead. She urges her sister to join the celebration, but instead, Electra goes into wild dance of ecstasy before finally falling dead before their eyes. 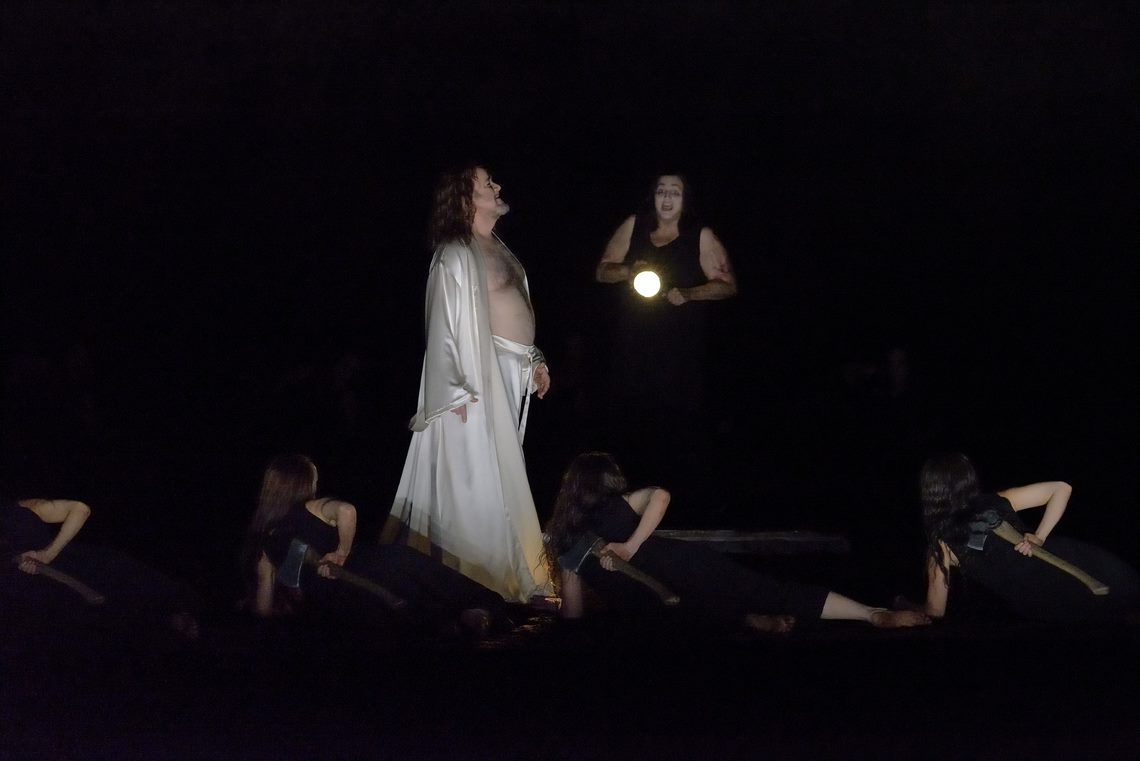 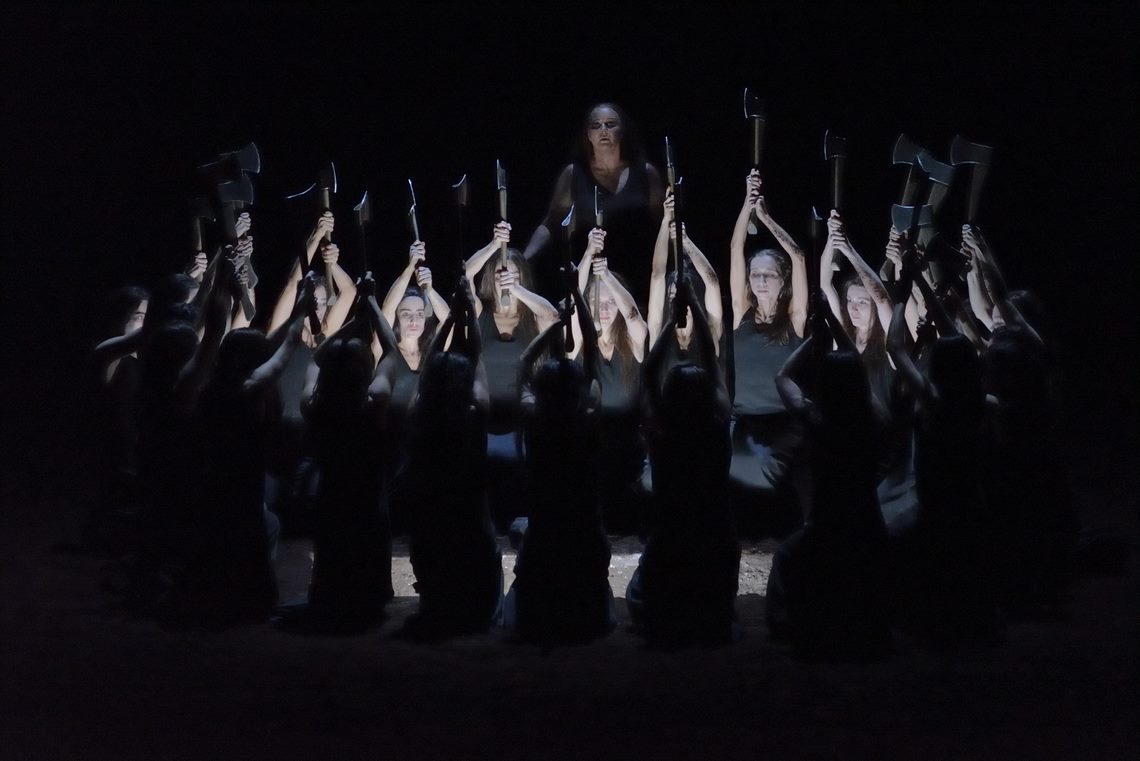 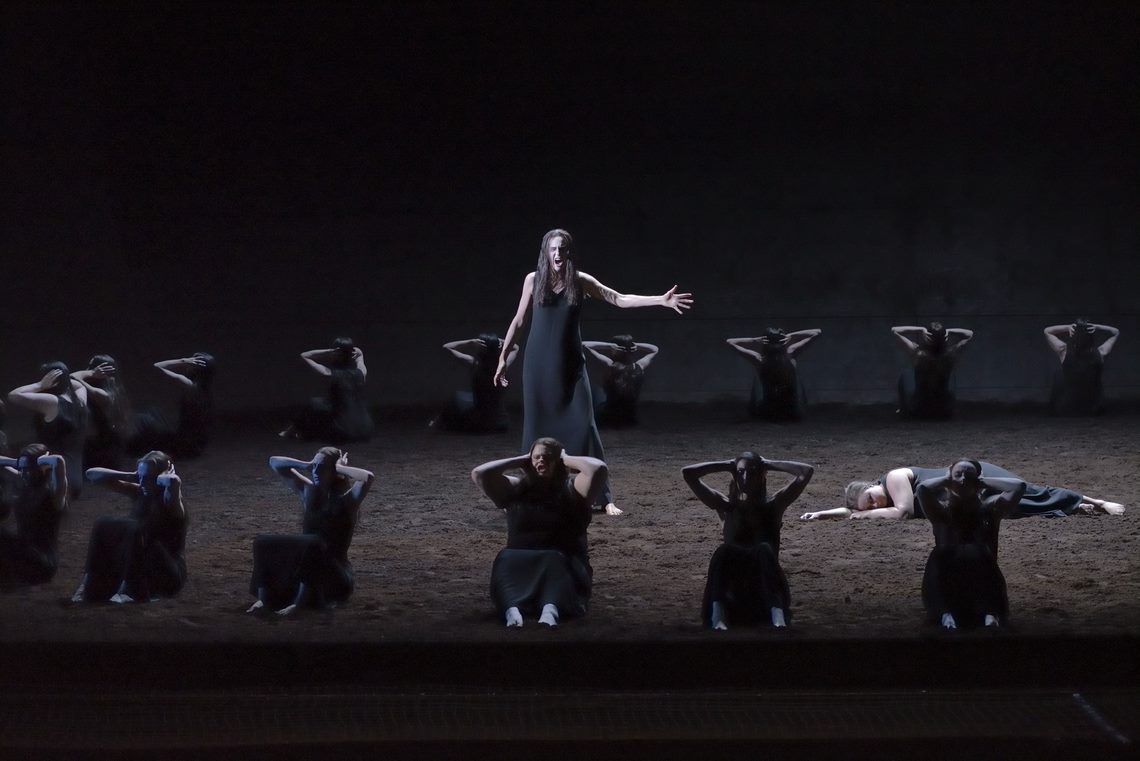 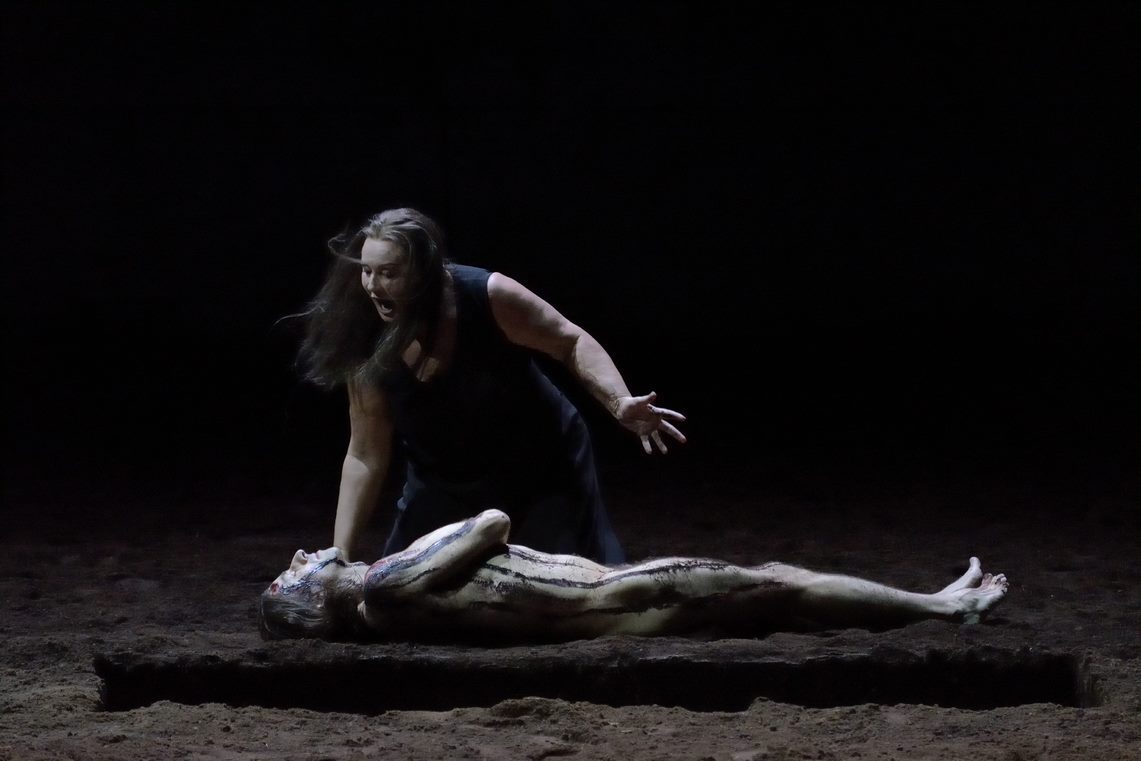 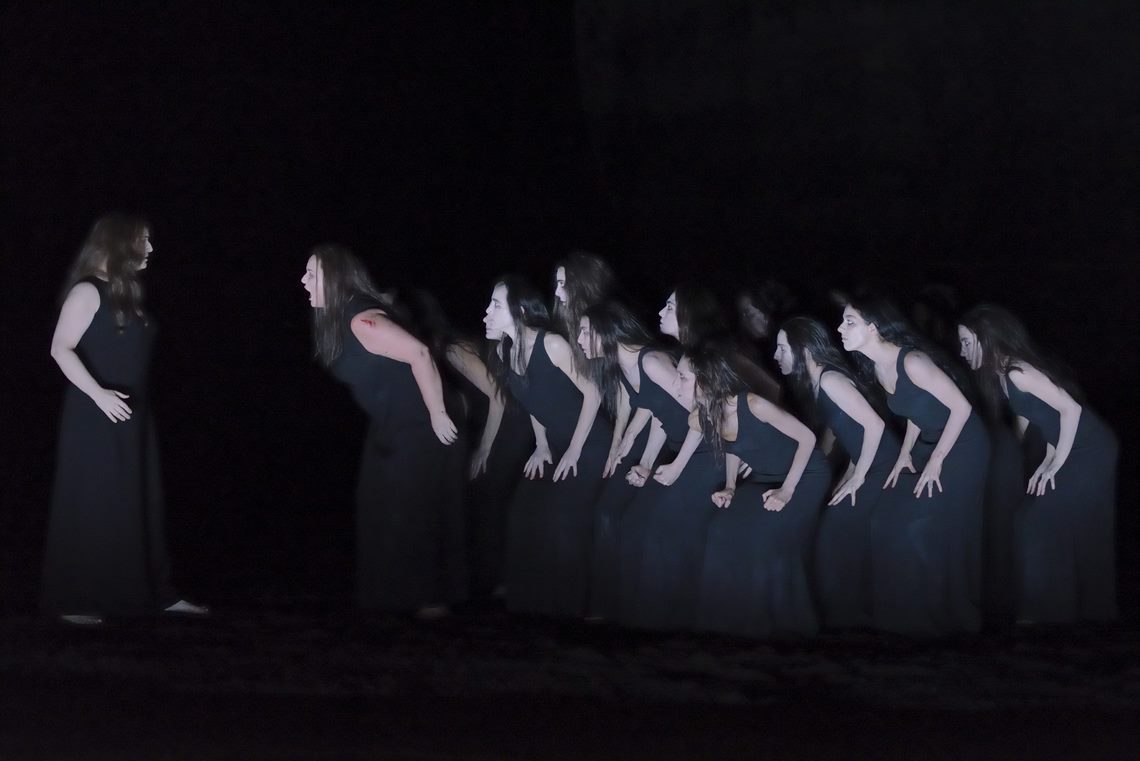 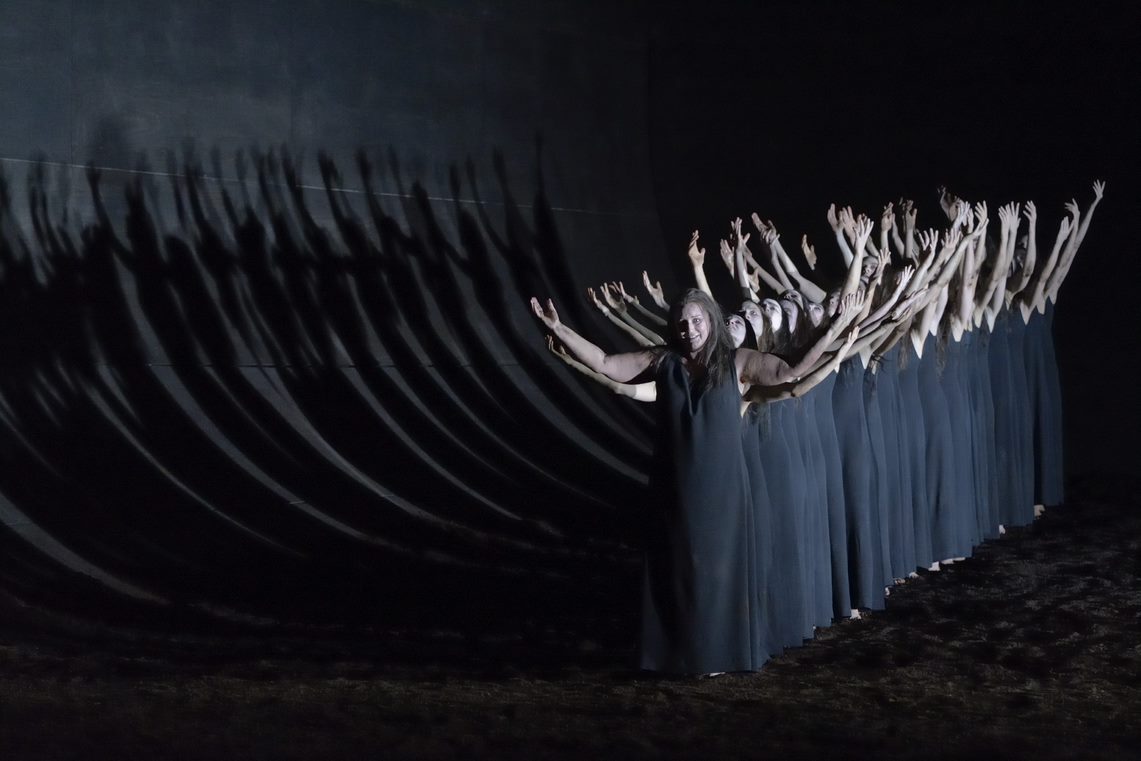 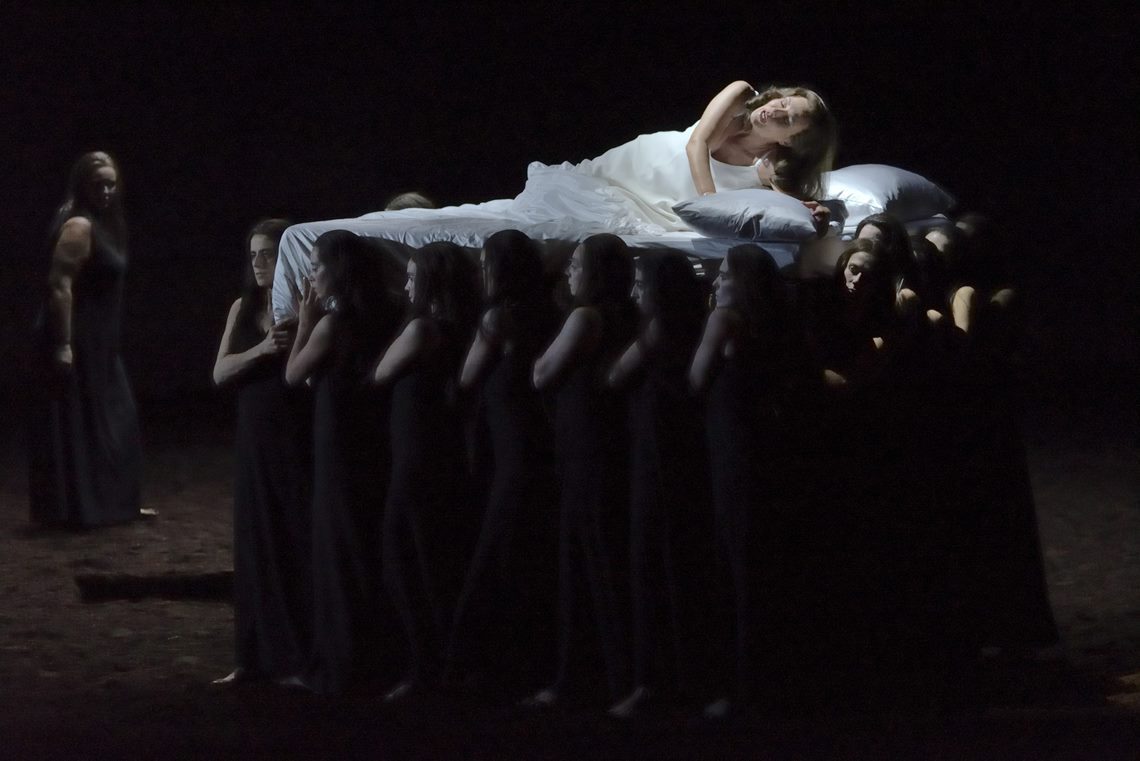 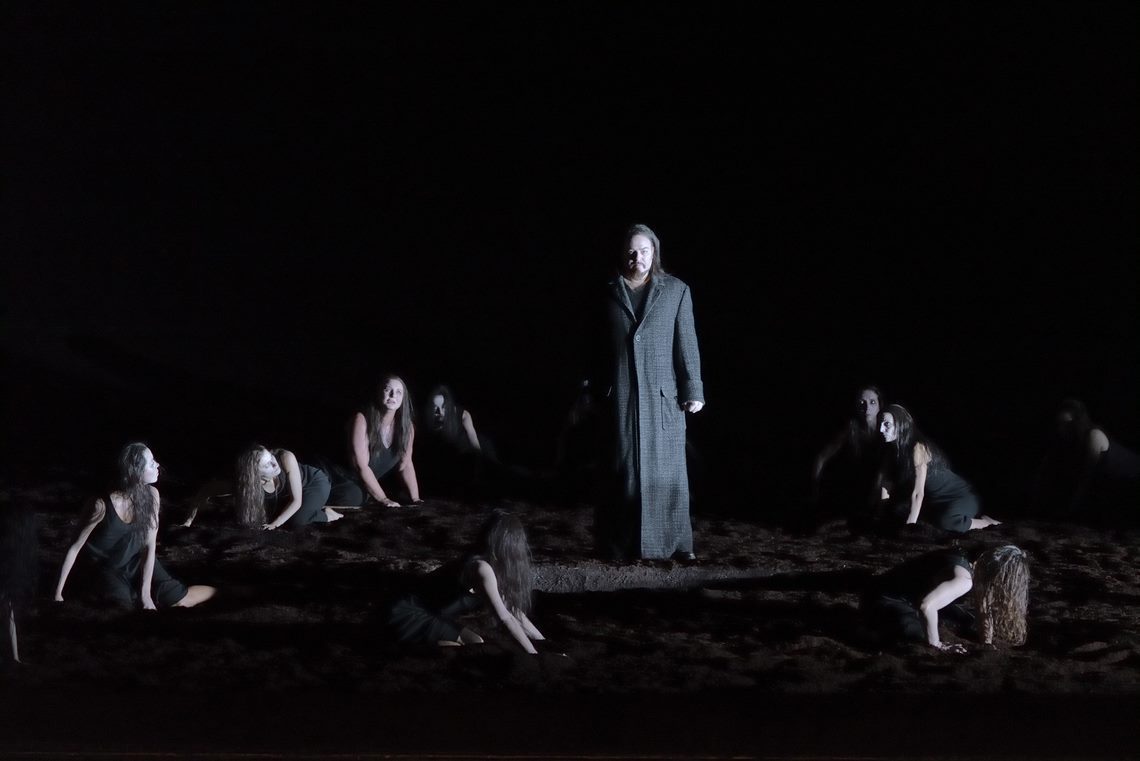 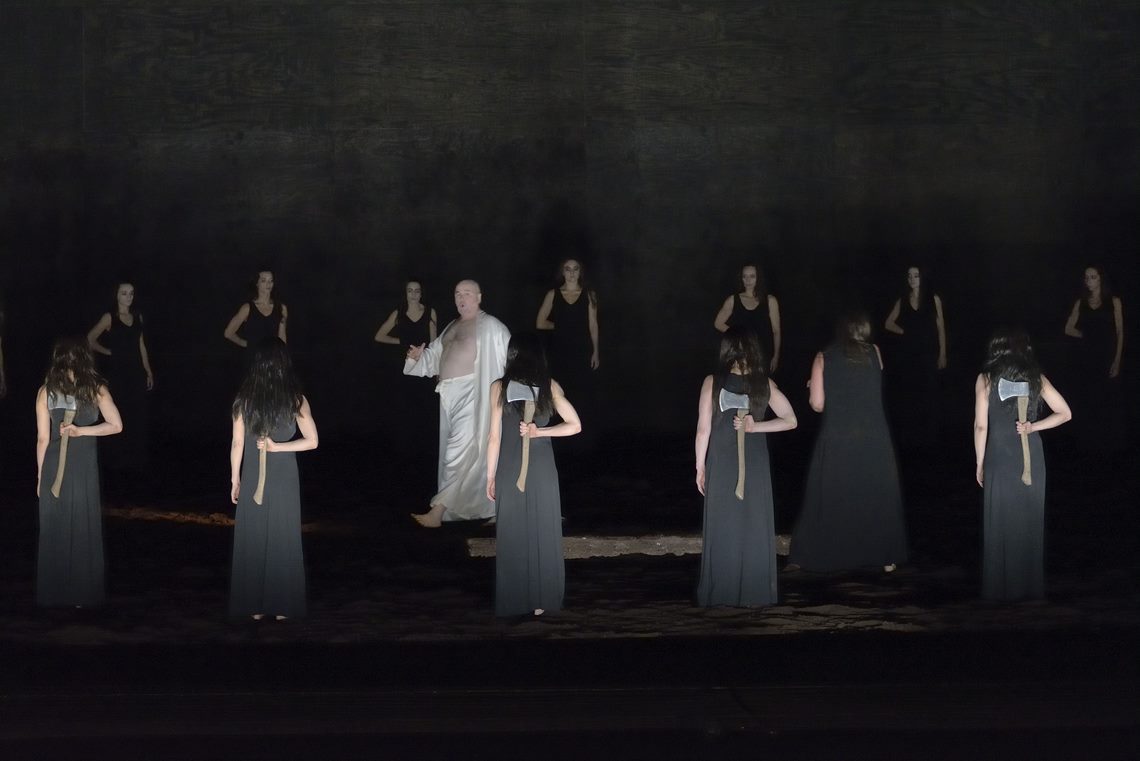